Vandals targeted a segment of pipe belonging to the Tumalo Irrigation District near Pinehurst Road, causing around $78,000 in damages for heavy construction company Taylor Northwest and more than $15,000 to the irrigation district.

Seven holes were drilled into a pipethat was to be used in the irrigation district's project to replace open-air canals with underground piping. TID is offering a $2,500 reward for information that leads to an arrest and $10,000 if it leads to a conviction. 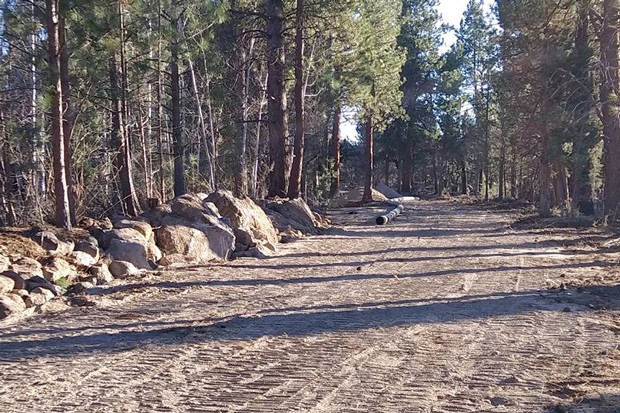 "During final inspections and testing of the new pipeline, it was discovered that multiple holes were intentionally and unlawfully drilled into the pipeline. It is believed that between January 6th and 13th the vandal climbed into the then open trench and drilled multiple holes in the 36" polyethylene pipeline," wrote Sergeant Jayson Janes of the Deschutes County Sheriff's Office in a press release.

The total estimated repair costs range from $125,000 to $250,000, after which engineers will determine if the repairs were sufficient or if the 450-foot-long section will need to be replaced entirely.

TID says the pipeline is meant to increase flow in streams and provide farmers with pressurized, reliable water for crops. Some landowners who rely on the district oppose the project and have filed a class action lawsuit to recoup the costs they say the project is pushing onto them.

"Tumalo Irrigation District describes itself as quasi-governmental entity and that is exactly how it is behaving—pressing ahead with its $42 million big government handout with no accountability, no concern for the millions of dollars of destruction, and little regard for the rule of law or the legal rights of the individual citizen," said Matt Smith on behalf of the homeowners' group.

The group alleges the district neglected to factor in costs for patron hookups, destruction of trees and property devaluation when making their decision. They also argue that the canals provide a reliable source of water for area wildlife, and that drying the 100-year-old canals could put local wildlife at risk.

A judge rejected a temporary restraining order halting the project in October, and the project was allowed to continue, before the lawsuit was finalized. The landowners asked for $250,000 in financial damages per property if the project wasn't stopped, which would result in a multi-million-dollar payout for the district.