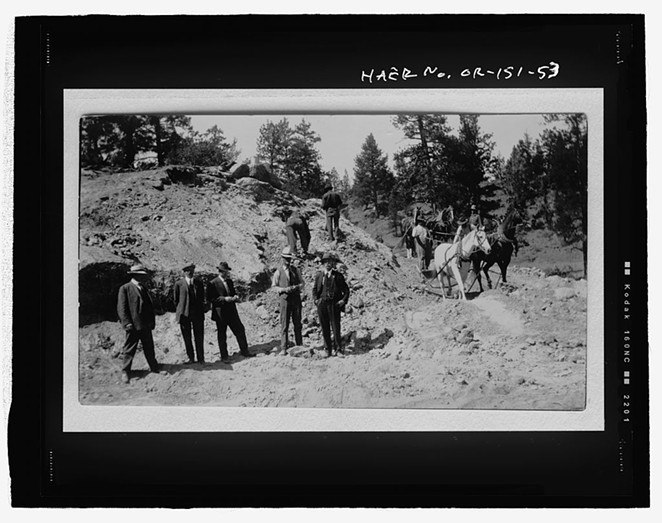 The project, which covers more than 68 miles of canals and lateral canals, is expected to cost more than $43 million, according information from the Tumalo Irrigation District Irrigation Modernization Project.

“This important project will not only improve irrigation conditions for Central Oregon farmers, it will also help ensure habitats are protected and water is conserved,” Merkley said in the release.

“It is great to hear that Tumalo Irrigation will be receiving the funds that Senator Merkley was able to secure for irrigation infrastructure modernization,” Gail Synder, executive director of Coalition for the Deschutes said in the release. “The piping of these canals is a step towards achieving our shared vision of keeping farms thriving and sustainable, protecting wildlife, supporting vibrant communities, and restoring the health of [the] Deschutes River.”

In 1883, workers dug the first documented canal, to divert water from Tumalo Creek. The system was formalized in 1902 when the Tumalo Project was organized as a state project for the irrigation of lands under provisions of the Carey Act. In 1922, the project was reorganized as an irrigation district under Oregon State laws and renamed the Tumalo Irrigation District, according to TID.

“Tumalo Irrigation District is pleased to announce the completion of our Watershed Plan and Environmental Assessment,” Ken Rieck, general manager for TID said. “This project will improve water conservation and water delivery reliability, while protecting the Deschutes Basin watershed and enhancing the quality of our natural resources.”

Construction is planned to begin this fall. The $29.8 million comes from the U.S. Department of Agriculture's Natural Resources Conservation Service. TID and the Deschutes Basin Board—along with other local sponsors—are on the hook for $13.5 million in funding for the project.