Riverhouse Jazz and Jazz at the Oxford return for their 2nd and 8th seasons, respectively 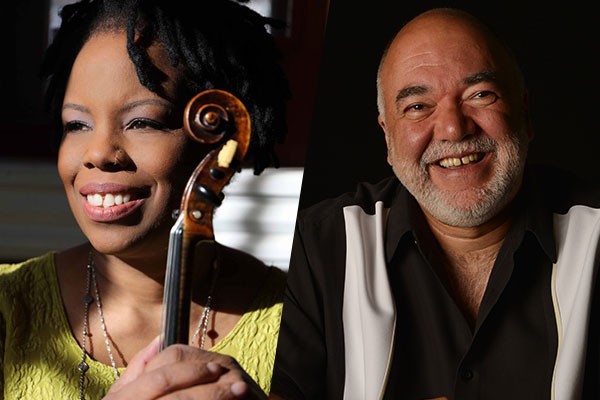 here's no doubt that jazz has found its place in the Bend music scene. With two local jazz series, lovers of the popular style have spoken with an outpouring of support. Jazz encompasses so many different instruments, styles and rhythms that finding a performer you dig shouldn't be difficult. Jazz at the Oxford enters its eighth season and Riverhouse Jazz its second season both starting the weekend of Oct. 20 and 21, making it easy to check out live music in this style—but difficult to choose which series to attend on a given weekend.

Highlights of the Two Series

The Source recently spoke to Kandace Springs, who kicks off the Riverhouse Jazz series on Oct. 20. (See that interview in next week's issue.) Springs tops our list of the musicians we're most excited to check out during this jazz season. Interestingly, Springs developed a friendship and mentorship with Prince before his passing. She's also a car enthusiast; she considered going to school to build cars before pursuing a music career.

The same evening Springs brings down the roof at the Riverhouse, T.S. Monk, famed drummer and son of Thelonius Monk, commemorates his father's centennial birthday in the kickoff to the Jazz at the Oxford series. Then China Forbes, best known for being the lead singer of Pink Martini, an Oregon jazz favorite, hits the Oxford in January for an evening that will no doubt be memorable. Lindsey Webster took the crown as Billboard's #1 Smooth Jazz Artist of the Year in 2016. With influences from Christina Aguilera to Earth Wind and Fire, we're excited to hear her vocally-driven smooth jazz. And of course, with a tribute to Stevie Wonder from Paul Creighton & Jarrod Lawson on the schedule for February, expect an evening of funky jams.

Jazz at the Oxford

Jazz at the Oxford has been bringing world-class musicians to Bend to perform at the Oxford Hotel in Downtown Bend for eight seasons. This year, the lineup includes:

ach weekend, jazz musicians from all over the world descend on Bend to play three shows at the Oxford Hotel. In addition to performances, Jazz at the Oxford invites singers and musicians to attend one or all four of their workshops with visiting jazz performers in the series. These free workshops are open to all, no matter what style you prefer or how long you've been playing. Local jazz musician George Bouhey hosts these workshops for the sixth season. The first workshop will be on Sat., Oct. 21 at 11:15am in the Minnesota Ballroom at the Oxford Hotel.

Jazz at the Oxford

or the second season, Riverhouse Jazz welcomes world-class jazz musicians with a variety of specializations and styles to the Riverhouse on the Deschutes. From jazz and blues to soul and R&B, the series includes two sets from the headlining performer as well as a 45-minute set from different student groups. The lineup for Riverhouse Jazz includes:


In addition to monthly performances, Riverhouse Jazz introduces live, local jazz performances every Thursday at Currents lounge inside the Riverhouse on the Deschutes. Local jazz fans now have the chance to listen to performers tickle the ivories on a gorgeous grand piano with no cover charge on a weekly basis. Check out local jazz performers every Thursday from 7 to 9pm at Currents.

Tickets are on sale now for both jazz series. Now comes the difficult decision — on nights when both series run concurrently, which to choose?

Riverhouse on the Deschutes

Editor's note: A previous version of this story listed the Regina Carter Quintet as playing in April, in the third paragraph in this story. As indicated in the listings above, the group plays Feb. 16 and 17 at the Riverhouse on the Deschutes.