Turning the Page, Playing the Game ▶ [with video]

Tom Beans, the owner of Dudley's Bookshop and Cafe in downtown Bend, has been thriving as a result of recent retail restrictions. "Last I checked, 80% of my business was coming from curbside pick-up, and the other 20% was coming from online sales," he shared. "Over the past few days we've seen huge surges in the order of books about race and racism. I'm seeing more special orders now than I have seen in the five years since I bought the store. A lot of retailers can't say this, but people have a lot of time on their hands to read, so business has been reflecting that, too." 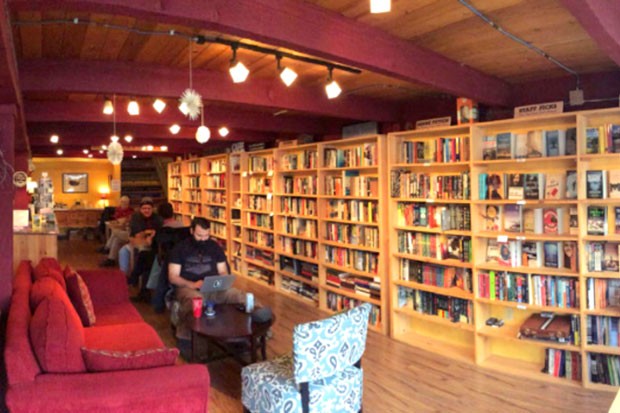 The initial adjustment was difficult for many retailers, and some, like Brian Evans, shut their doors entirely while figuring out a plan. Evans, the owner of Modern Games in Bend, explained that shutdowns prompted him to move toward developing an online presence. "We shut down at the end of March. Maybe we could have stayed open, but that didn't seem to make a whole lot of sense," Evans explained. "Within four days we had put a good chunk of our inventory online. It was a learning curve, but we had the website completely up and running by the end of April."

"In April, sales were 30% of what they should've been, but all of our sales were coming from online orders and curbside pickups," Evans said. "We always wanted the option to offer curbside. You know, you think of a game at 11 at night while you're hanging out with your friends, then you can just swing by the next morning and pick it up. It's a great service to offer, and we'll definitely continue doing it. It just hasn't been as lucrative as we'd hoped. Since we reopened, online sales have dropped significantly. We're still limiting store access, but right when we switched over everyone started coming back in. Of course, we're also competing with companies like Amazon, and you really just can't compete with a behemoth like that."

Beans explained that his patrons quickly adjusted to the idea of a browse-free bookstore. "There's been absolutely no pushback from community members about staying closed," he said. "No one is in the mood to browse; it seems like people know exactly what they want. People's interests seem to be very targeted. One of the main reasons we haven't opened is we just aren't seeing the foot traffic we normally see around this time of year. We're one of the few retailers downtown that hasn't opened to full capacity."

“Since we reopened, online sales have dropped significantly. Of course, we’re also competing with companies like Amazon, and you really just can’t compete with a behemoth like that. ”—Brian Evans tweet this

Beans noted that staying closed was in everyone's best interest—patrons and employees alike. "Some places don't give a damn about guidelines; we do give a damn. A big chunk of our customers are in a higher-risk group, and even in Phase Two they don't feel comfortable being out and shopping with others. If we did open, we'd be operating with 50% of the people in the space that we had beforehand. Many of my staff members are happy to stay home and collect unemployment, especially with the extra $600 a week."

While Evans is looking forward to a soft reopening this weekend, Beans is satisfied with continuing the curbside tradition—which could have been affected by proposed street closures, though the city ultimately offered a work-around.

In a May interview with the Source, Mindy Aisling, executive director of the Downtown Bend Business Association, confirmed the DBBA was checking in with all downtown businesses before making any major decisions about street closures. "We want to make sure that everyone is on board with street closures, including retailers and office buildings." 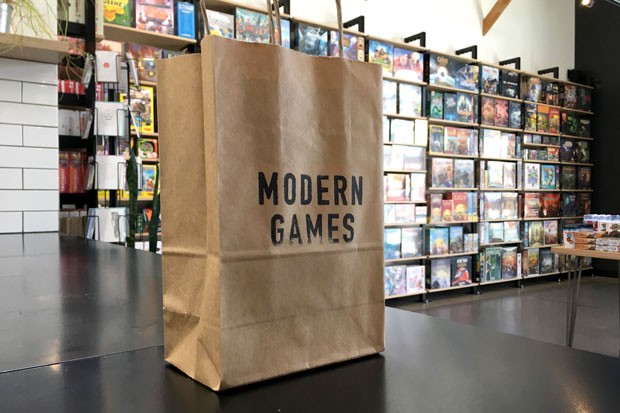 "They're closing down Minnesota (Avenue, where Dudley's is located), though it looks like they're not shutting down the street entirely," Beans concluded. "They'll have some designated curbside pickup spots, 10- or 15-minute parking spots. Curbside has been great for us, and we aren't going to change that up anytime soon."

"We're in the process of turning the feedback from Council and initial statements of interest from businesses into a program with some more clear guidelines that should be rolled out this week," said Bend Hemson, Business Advocate for the City of Bend, in an email correspondence with the Source.

"These closure requests need to be reviewed on a case by case basis as they're all somewhat unique in what businesses are seeking to do. The basic guidance from Council was to follow the process we use for the creation of the Economic Improvement District that funds the Downtown Bend Business Association and move forward with approving projects that have the support of at least two-thirds of businesses that are directly impacted by any changes to traffic patterns."