Back in March, Joshua Jacobs (sometimes known as SinSay, when he DJs) began to put the puzzle pieces in place for a new gathering in Central Oregon. While the birth of the idea came from his brain, Jacobs makes sure to tell me that it was a total group effort of everyone involved. 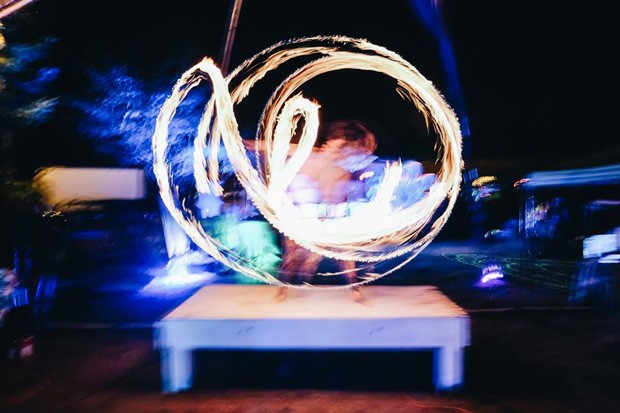 Located at the Powell Butte Community Center, the Summer Solstice Celebration will bring together artists, healers, musicians and more to help usher in the summer.

"A few years back, which was around the time I was getting introduced to the Bend and Central Oregon dance and yoga community, there was an event called the Bend Urban Fest at the Old Stone Church. It was definitely along the same lines," Jacobs recalls. "I always loved that idea. Just a few months back I started teaching yoga at the (Powell Butte) center and the space is just amazing. It doesn't get used very much. I was like, 'something should happen here!'"

Jacobs was quickly able to find those interested in participating and being a part of the day-long event. A brief rundown of some of the activities include yoga sessions, food vendors, an artist's bazaar, music, sound healing, live painting, a fire performance and more.

"Bend is probably known as very wellness focused. You see a lot happening in Bend and Central Oregon in general, whether it's focused on art, or music or wellness, but you don't see a lot of lines being blurred there," says Jacobs as he goes through the core themes of the gathering. "I think bringing all of that into one event can be hugely beneficial for the community, just in terms of awareness, even."

The event itself is alcohol free and donation based. Jacobs has partnered with a local nonprofit, Elephants Now, as the beneficiary. Operated by Phillip Price, Elephants Now is an organization focused on establishing safe conservation habitats for elephants. This is a partnership that Jacobs is very excited about. "It's cool to see a local do something on such a national scale," he says.

"The pull of the sun and the energy that it provides – the atmosphere is so different in the summer because everyone wants to get up and be doing something." —Joshua Jacobs tweet this

For many, the summer solstice symbolizes a way to get more in tune with body and mind—while being able to enjoy the offerings of the season. For Jacobs, this celebration is no different for him.

"For me, I'm very much a seasonal person, in terms of how I focus my energy," Jacobs says of the solstice's importance to him. "And when we transition into the summer, the pull of the sun and the energy that it provides – the atmosphere is so different in the summer because everyone wants to get up and be doing something. A lot of people want to be outside and with each other. That is very true for me as well. I love being a part of that."