Tag aims for the heart 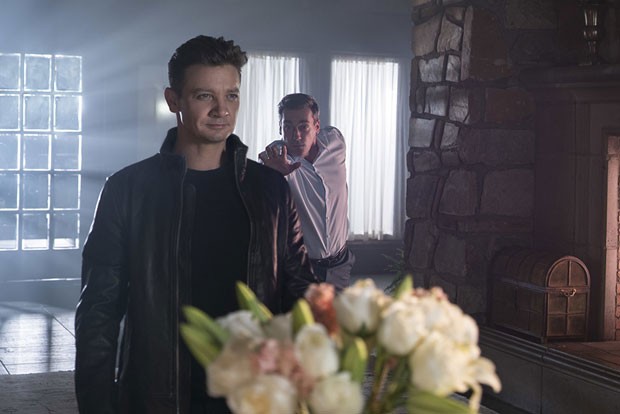 So far, 2018 has been a dismal year for comedies. "Super Troopers 2" and "Action Point" were so numbingly horrible that they made the fairly generic "Life of the Party," with Melissa McCarthy, seem like a comedic gem. Hopefully, "Tag" is a sign of things to come, because it balances big laughs, a ton of heart, lovely character work and a lot of testicle injuries to become a memorable and sweet comedy about the depth of friendship and the lengths we will go to in order to keep it all together.

With a killer cast filled with comedic ringers including Ed Helms, Jon Hamm, Hannibal Buress, Jake Johnson, Jeremy Renner, Isla Fisher and Annabelle Wallis, it would be hard to make a terrible movie here...but not impossible. The based-on-a-true-story concept of a group of 30- or 40-somethings who have been playing a game of tag since they were kids is a novel one, but luckily there's more going on than just a goofy premise.

Several of the standard types of masculinity are on display, with Hamm playing the toxic and egotistical male, Helms as the nebbish husband and father, Johnson as the depressed stoner man-child, Buress as the soft-spoken man with emotional issues and Renner as the unknown quantity. Renner is so good at the game that he's never been tagged, so the rest of the guys go to some ridiculously extreme measures to try to finally lay their hands on the friend who's been running away from them for decades.

Director Jeff Tomsic turns each instance of the guys trying to tag Renner into a full-blown Bourne-esque action sequence, using Renner's superhero bona fides to craft some genuinely entertaining set pieces. Even when one of the jokes doesn't land like it should, there are 15 more coming before you can even catch your breath. Surrounded by constant feats of physical comedy, this has to be the pratfall movie of the century.

What matters more than the jokes or face plants is the fact that we care about these characters. The entire cast makes their lifelong friendship believable, so we can be invested in their struggles, hardships and tiny moments of triumph. The climax of the film becomes quite emotional. I had a tear streaming down my cheek during the closing credits, which I never would have expected from the previews.

My biggest complaint: the script absolutely wastes Rashida Jones, who proved she's a gifted comedic actress on "Parks and Recreation." She's used as a plot device in "Tag," existing only to cause drama between two characters. She could have easily held her own against the other actors but isn't given much of a chance to play a real role.

There's so much negative energy in the U.S. right now—so many ugly facsimiles of what humanity should really be as we continue to draw lines in the sand, unwilling to cross the boundaries into trains of thought that can seem truly alien at times. "Tag" is a breath of fresh air because it's about what brings us together instead of the million things that drag us apart. It's a movie about love and respect in a time in which we could use a little more of both. I can't recommend that enough.