Two Threats and a Copycat: A week of school threats at Bend-La Pine Schools

Three prospective threats, inside a week

We were quite literally on the phone with officials from Bend Police and Bend-La Pine Schools on Monday, discussing two recent threats toward local schools, when a School Resource Deputy with the Deschutes County Sheriff's Office began an investigation at a third school in the district. Three prospective threats, inside a week. 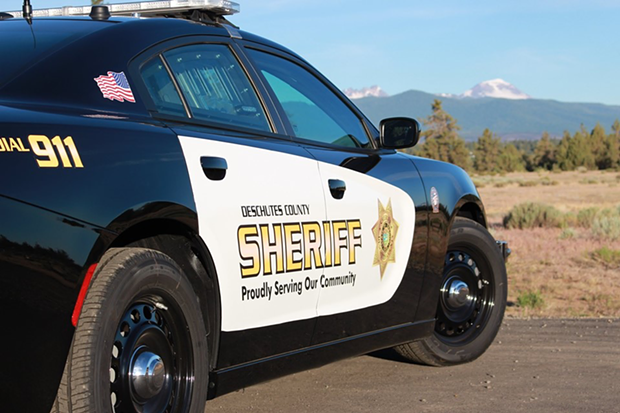 Officials from Bend PD and BLPS explained that the threats toward Bend Senior High School and Cascade Middle School were reported to law enforcement after someone saw threatening language posted online. They were pleased at seeing the "see something, say something" culture—in which students, staff and community members are encouraged to report any potential threats they see or hear—take root and help keep students in the community safe against school violence.

Throughout the week, some parents had expressed concern that they hadn't been informed of the potential threats at their students' schools until after the investigation was complete. BLPS Director of Safety and Communication Julianne Repman said they'd found that some parents had not signed up for—or had blocked the district's communication app, Synergy—and didn't receive the notification, adding that local law enforcement and the district work to substantiate any claims before informing students and families. In the interest of not creating panic, the district—or cops—won't send out a notification until they find a threat to be credible, she said. While it's concerning not to hear about a potential threat at your child's school until after the situation has been diffused, we can understand the desire not to create undue panic.

When officials were asked if they saw any potential downside to this "see something, say something" culture, they cited the potential for "copycat" behavior, in which people might file false reports or initiate their own threats, after seeing others do so. And almost like clockwork, that was already playing out. During our conversation, the school resource officer was investigating the possibility of a threat involving a firearm against Three Rivers School, reported by a 14-year-old male student. The student made up the story about a threat of violence, the Deschutes County Sheriff's Office reported Tuesday.

In a society in which school shootings are far more prevalent than they ever should be, we can take comfort today that none of these three incidents resulted in actual violence at local schools. In the case of the Bend High threat, police arrested a 21-year-old man and seized a gun. In the case of the threat against Cascade Middle School, the 12-year-old who Bend Police say made the threats through an Xbox gaming platform has now been charged with Disorderly Conduct. In the Three Rivers threat, the boy was charged with Disorderly Conduct and Initiating a False Report.

If this is a week in the life of local schools and law enforcement, it's a week no one wants to repeat.

Some might see these actions as attention-seeking behavior, whether on the part of people making threats, or on the part of people who seemingly want to be seen as a hero by reporting a false threat. Scholars seeking answers to the advent of school violence point to a possible correlation between disruptive behavior and the lack of nurturing relationships.

The perpetrators of two of the recent threats made their threats through online channels; one on social media, another through a gaming platform. These are the places many of us turn for connection, but as we continue our evolution as a digital society, many are finding that it doesn't replace the human connection. A June 2019 headline from NBC News might help describe it: "A child's bad behavior isn't 'attention seeking.' She's seeking a relationship."

School officials are also quick to point out that many threats found online aren't reported to law enforcement as quickly as they could be. People are turning to online channels for that connection, and even there, their potentially serious threats are going unheeded or are only circling through posts, chats and comments instead of going to cops. School officials want to remind people to report what they see, and not to assume someone else has done so.

The root causes here are complicated and unique to each situation, but what appears to unite them is a call for connection. In today's society, a "see something, say something" ethos is necessary to help prevent violence. But also crucial is examining each of our own methods of creating connections among family, friends and community members, helping ensure school violence—or the threats of it—aren't the way people get heard.