Under New Guidance, Districts Can Decide When to Re-Open. So When Will They? | Local News | Bend | The Source Weekly - Bend, Oregon

Under New Guidance, Districts Can Decide When to Re-Open. So When Will They?


Gov. Kate Brown says school districts can decide locally when to resume in-person instruction “district by district, school by school,” according to a recent letter addressed to the Oregon Department of Education and the Oregon Health Authority. Previously, Oregon’s COVID-19 Health Metrics for Returning to In-Person Instruction established requirements for reopening schools, after closing buildings due to the threat of COVID-19. Brown’s Dec. 23 letter makes the framework “advisory” rather than “mandatory.” The letter also said she hopes more schools—especially elementary schools—will transition to in-person teaching by Feb. 15. Both the Bend-La Pine and Redmond school districts issued statements addressing the Governor’s new guidance. 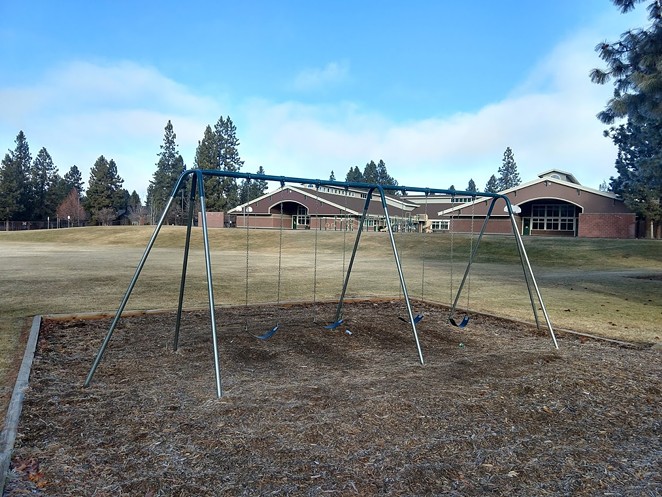 Lora Nordquist, interim superintendent for Bend-La Pine Schools, said in a statement that she started connecting with district and association leaders on Dec. 23, the same day the governor’s letter came out, and will continue to expand the conversation to others over the winter break—hoping to establish a schedule for a phased return.


Redmond’s Superintendent, Charan Cline, said in a statement that they also met Monday to start work on “a safe and staged reopening strategy” with the hope of hitting the Governor’s Feb. 15 date.


“We have been planning for this eventuality for months, and we will be able to communicate our concrete plan soon,” Cline stated. “This will depend on coordination between the Redmond School District and the Deschutes County Health Department. It also depends on everyone doing their part to drive down the spread of the disease by wearing masks and social distancing. As the governor has shifted decision-making authority back to local officials, we will take seriously our responsibility for community health.”

“As the governor has shifted decision-making authority back to local officials, we will take seriously our responsibility for community health.” — Charan Cline tweet this
In her letter, Brown said she directed OHA to partner with schools to access on-site, rapid testing of people displaying symptoms of COVID-19 and those with potential exposure. She hopes this will protect students and staff, while minimizing quarantine times in public schools that resume in-person instruction. Last week, she also prioritized educators and school staff for the next round of COVID-19 vaccinations—a group that will also include people over the age of 75 and other essential workers.


“One of the things I know for sure is our educators, school staff and childcare providers and early learning educators must be at the top of the list in Oregon’s next round of vaccines,” she said in a press briefing Dec. 22. “Our kids need to know they’re number one and that we are doing everything we can to get them back to our classrooms.”


Brown’s shift to let local officials decide when to open schools comes during a surge in COVID-19 cases. Under the previously mandatory (now advisory) framework, Bend-La Pine is not on track to begin opening. According to the district’s website, as of Dec. 21, the earliest possible transition to a hybrid model or expand limited in-person instruction would be Jan. 11. To move to a hybrid model of on-site and distance learning, a district needed fewer than 100 cases per 100,000 people. As of press time, Bend-La Pine was reporting 377 cases per 100,000 people. However, caseloads have been declining in the state over the past two weeks.


In a press release, John Larson, president of the Oregon Education Association, called the Governor’s announcement “abrupt.” He expressed concern that the announcement did not include a plan for rolling out the changes, which will result in “an increasingly disparate patchwork of return plans throughout the state’s public education system, creating uncertainty in a moment when clarity has never been more crucial,” Larson said.


“Moreover, Gov. Brown’s decision to make this announcement in the middle of the holiday season means that nearly 70,000 educators employed in Oregon’s K-12 public schools and the families of the more than 580,000 students who are educated in them will now spend their holidays trying to understand what these changes mean for their lives and their livelihoods,” he said.


While the previous Health Metric framework is now “advisory,” all districts must still follow the state’s “Ready Schools, Safe Learners” guidance. Unless otherwise replaced, that framework will continue to guide school operation through June 30. The framework requires every school to demonstrate to the community that it can operate in a safe manner, adhering to protocols that try to keep students, staff and families safe. These requirements include regularly cleaning and disinfecting facilities in the environment and maximizing airflow and ventilation. They also touch on keeping classes in small and as stable cohorts as possible, as well as planning for how  to prepare students for isolation and quarantine.