Workers at Oregon's seven public universities are preparing to strike after the two sides have failed to agree on a contract for more than 5,000 staff members.

"We bargain with the intention of settling and not having a strike occur," said Steve Clark, vice president for university relations at Oregon State University. "But we are planning as if a strike might occur in late September." 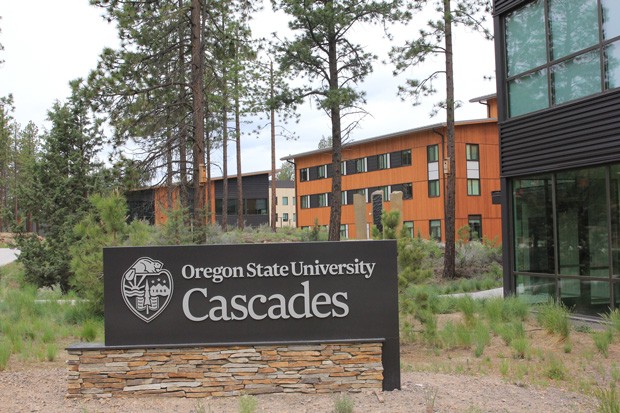 The classified staff, represented by SEIU Local 503, are non-faculty, non-academic workers at the University of Oregon, Oregon Institute of Technology, and Oregon State, Portland State, Southern Oregon, Eastern Oregon and Western Oregon universities. They include custodial, maintenance, groundskeeping and food preparation staff, as well as IT specialists and staff who help students register for classes and complete financial arrangements. OSU-Cascades in Bend has 30 classified employees represented by the union.

Classified workers are essential to operating residential halls and dining facilities and to maintaining facilities and departments, Clark noted, so the university will determine how to prioritize those operations to ensure an uninterrupted start of the school year if a strike occurs. Planning will start this week.

The workers' annual pay ranges from less than $25,000 to about $80,000, according to SEIU Local 503 Political Strategist Jay Parasco. But most of the workers earn low wages, Parasco said. And many qualify for Supplemental Nutrition Assistance Program benefits.

"The universities continue to have the wrong priorities," SEIU Executive Director Melissa Unger stated in a Monday news release. "They are raising tuition and refusing their lowest-paid workers a fair contract, while not addressing administrative bloat and administrative salaries."

Pay increases for classified staff come through cost of living adjustments and step increases that let staff gradually move up the pay scale toward market rate while providing an incentive to continue working in higher ed. Under the current two-year contract, workers get a 4.75% step increase and a 1% COLA each year.

The university management says its offer for the new contract entails a 12% total increase in wages over two years, with 9.5% in step increases and 2.5% in COLA.

The union calls that 12% increase figure misleading, partly because steps are part of the public service process each year and not a new element. According to the union, the university proposal would result in no COLA for 2019; a 1% COLA in March 2020; a .75% COLA in November 2020; a .75% COLA in March 2021; regular full step increases in the first year; delayed step increases in the second year; and no new steps for workers who have hit the top of their pay range. Many workers get no step increases—and only see salary increases through COLA—because they've topped out.

The union has called for a 3.75% COLA starting July 2019; 3.5% COLA in July 2020; regular step increases each year; and adding a step at the top of the pay scale while eliminating the lowest step for the first year.

Parasco argued that proposals for state workers include adding steps at the top of the pay scale for those who have reached it, and that university administrators all see increases. The union has also pointed to high salaries among administrators, some of whom make more than $400,000 per year. And the organization noted its efforts to help the universities secure an additional $100 million in higher education that the state legislature approved this past session.

But Di Saunders, associate vice president for communications and public affairs at Oregon Institute of Technology, who also serves as spokesperson for the universities for the negotiations, argues that the bulk of revenue for all seven universities comes from student tuition. The universities don't have the same state funding state agencies do, Saunders said.

"We believe we are offering a fair contract," Saunders said. "We do believe it is a fair offer."

Rob Fullmer, an IT specialist at the College of Liberal Arts and Sciences at Portland State University, serves as a bargaining chair for the workers. Besides the salary concerns, Fullmer also has concerns about the universities' proposed changes to contract provisions such as processes for layoffs and contracting out work. And he questions the salaries of some administrators.

"We see this corporatization of higher education," Fullmer said.

Fullmer said he wants to see the parties settle. He suspects that part of what has made negotiations so difficult this time is that the Oregon University System that governed the universities has disbanded, effectively leaving the union to negotiate with seven different entities—with their different economic situations and goals—rather than one. And the union doesn't want to see different results for workers at different universities when they're doing the same work.

"There was a system. Now there's no system," Fullmer said.

If the union declares a strike, it must give 10 days' notice.

"It's a tool of last resort," Parasco said.