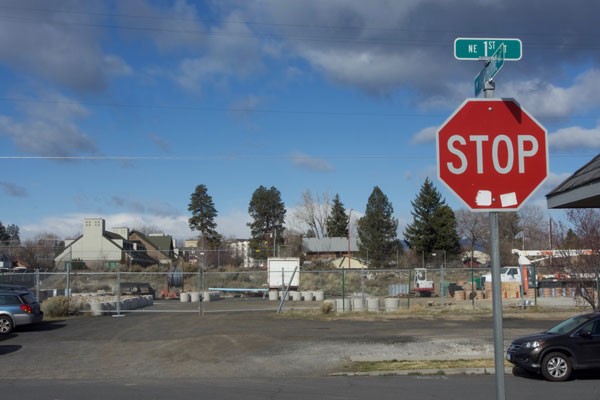 According to Portland State University's Population Resource Center, Bend's population is predicted to be over 130,000 by 2035, and nearly 200,000 by the year 2065. In a town that's roughly 33 square miles, the challenge is already apparent these days:
where to house all the people?

Expanding the Urban Growth Boundary—approved by the Oregon Department of Land Conservation and Development in December 2016, then unanimously approved by Bend's City Council and the Board of Deschutes County Commissioners—is one solution. In addition to growing the city at its undeveloped borders, another part of that solution involves adding infill within parts of Bend that have low population densities—such as the 206-acre Bend Central District, bordered by Revere Avenue to the north, the train tracks to the south and west and Fourth Street to the east.

Councilor Nathan Boddie quipped during the March 21 City Council meeting the population density of the BCD is roughly one person per acre now.

"So, I mean, lower than farm land in the Dakotas or something—so there's some room in the middle of town to put people," Boddie said.

Brian Rankin, the City of Bend's planning manager, said during that meeting—channeling ex-mayor Jim Clinton—that you could technically assume that the whole 20-year land supply could be made up in the core of Bend, if the policy direction from the council at the time were to say, "Yeah, that's what we want."

According to Central Oregon LandWatch, many barriers within the BCD discourage new investments in housing and infrastructure—and serve as a block between the east and west sides of Bend. Crossing Third Street, the railroad tracks and the Bend Parkway are challenging for families, customers and businesses, according to COLW. And then there's the dank Franklin Avenue crossing where cyclists choose between the tunnel or battling cars through a narrow underpass. 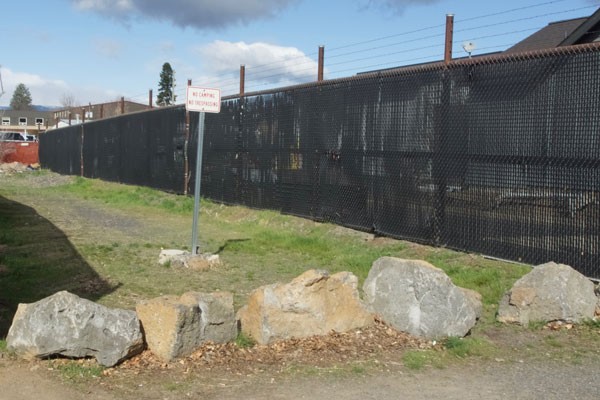 However, advocates say the creation of an Urban Renewal Area in the BCD and nearby areas—such as KorPine, the westside industrial area bordered by Arizona to the north, Scalehouse Drive to the south, Bend Parkway to the east and Bond Street to the west—could fund projects such as streetscapes, safe crossing areas across the Parkway for bikes and pedestrians and infrastructure to support vertical development. It could also tackle part of the affordable housing crisis in Bend, COLW contends in a March letter to the City Council. They're among groups encouraging the council to pursue the notion of an Urban Renewal Area in the BCD.

"The idea behind urban renewal is that you have access to additional funds that allow you to invest in an area for the purpose of growing the tax base above and beyond what you would otherwise have gotten," said Lorelei Juntunen, a project director at ECONorthwest, who spoke at the Council's work session on March 21. "So, infrastructure projects that are necessary to add capacity to allow additional density. For example: storefront improvement projects that let new businesses thrive and grow—those type of projects that otherwise you might not be able to fund. So, the idea is that everyone's better off over time as a result of these investments."

Urban renewal is a complicated tool and not a "silver bullet," cautioned Juntunen, who summarized Oregon Revised Statue 457—which deals specifically with urban renewal—for the council.

"It's a very common misconception that urban renewal somehow changes the amount that any individual property owner would be paying, and it does not—it does not—it just affects who gets the money and how it can be spent." —Lorelei Juntunen tweet this

According to EcoNorthwest, urban renewal goes like this: first comes a pre-feasibility study, which shows "opportunity areas" that face barriers to development, considered "blight" defined by ORS 457 as, "areas that, by reason of deterioration, faulty planning, inadequate or improper facilities, deleterious land use or the existence of unsafe structures, or any combinations of these factors, are detrimental to the safety, health or welfare of the community." The primary evidence of blight in the Central District, according to EcoNorthwest's presentation, is inadequate infrastructure—lacking safe, multimodal transportation connections across the Parkway and railroad tracks, and underutilized land. The area contains a large number of surface parking lots and many older industrialized buildings that have low improvement-to-land-value ratios, the group alleges. In the URA scenario, leaders draw a boundary for the URA, and then it's time to talk money, in the form of tax increment financing.

As the website Smartgrowthamerica.org defines it: "TIF is a term for a process in which municipalities use a portion of future tax revenue from a given area to promote development in that area. This is not a tax increase to property owners, just a redistribution of the amount of growth in tax revenue."

"It's a very common misconception that urban renewal somehow changes the amount that any individual property owner would be paying, and it does not—it does not—it just affects who gets the money and how it can be spent," Juntunen said during the meeting.

There are side effects to TIF, however. During the operation of the urban renewal plan, overlapping taxing districts, such as schools, parks, libraries and emergency services, forego any increase in property taxes within the UGA, according to ECO's presentation.

Leaders at the Bend Park and Recreation District indicate being in favor.

"In general, the Park District supports TIF as long as we are included in helping establish the project list that the TIF plans to fund," Don Horton, BPRD's executive director told the Source. "In most cases, there are projects that benefit parks in these project areas. The TIF would need to help fund the Parks projects in the same way it helps to fund streets and other infrastructure projects. The net benefit for all taxing entities is that the tax base will grow over the lifespan of the taxing district and produce greater tax revenue when the life of the district ends. In theory, that is a good thing."

Juntunen said her group looked at multiple areas for urban renewal and found the greatest potential in the Central District and KorPine.

"The reason that those areas have the best potential is that, well, for one thing, there's already more existing development there now, which means they're not entirely reliant on new development for incremental revenue growth because the existing properties continue to increase, according to Measure 5 and Measure 50 at roughly 3 percent per year. That 3 percent helps to provide some stability for the revenue in the area, and makes it less volatile and less dependent on new construction," Juntunen said.

The Bend City Council will listen to public comment on the urban renewal area proposal Wednesday, April 4, during its regular 7 p.m. meeting, and will vote on the issue during its April 18 council meeting.