An interview with the new program coordinator for Vamonos Outside, Wesley Heredia

In late 2021, Vamonos Outside—the local nonprofit with a mission to connect, engage and inspire Latinx families & community into the outdoors—announced it had hired a new program coordinator, Wesley Heredia, to help connect with the community and to further the group's mission.

The Source Weekly connected with Heredia to talk about the new role. The below interview has been lightly edited for clarity. 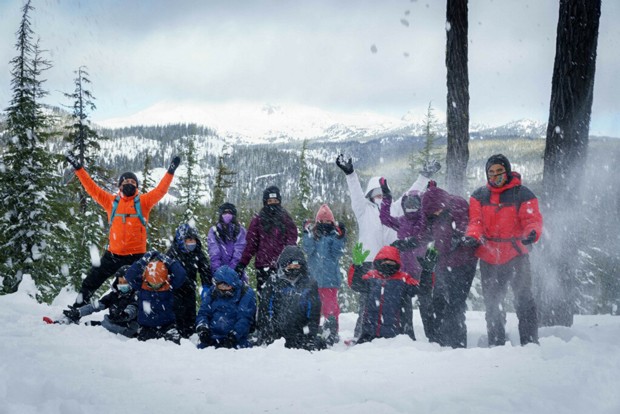 Wesley Heredia: I would call myself an outdoor educator. I've been working in the outdoor industry as a guide instructor or educator for about eight years now, and I've worked all over the west from Colorado to Utah to Nevada, California, Oregon, Washington.

My main experience has been with Outward Bound as an instructor, first starting in Colorado, then in California. And now here, outside of Redmond. I've taught environmental ed. I've taught a few college classes. And then finally, I've also been a snowboard instructor at Mt. Bachelor for four seasons.

SW: Explain a little bit about Vamonos Outside.

WH: Vamonos Outside is an outdoor-based program that is geared toward serving the Latino— primarily Latino population—here in Central Oregon, and also people of color as well.

SW: Why is this program so important to you?

WH: It's important to me because it hits home for me—something very deep within me; because growing up, there wasn't a thing like this that took people outside or introduce people to the outdoors. I had to kind of scrape by and get into it where I could find it.

And so why this is important to me? It's because I can take what I know, take my culture, take my experience as the person growing up as a Mexican American but also take my experience as a person of color working through the outdoor industry and seeing it from all different angles and trying to combine the best of both worlds, of a group of people that that have felt neglected, and felt invisible in a lot of other spaces. And so we're trying to bring them into the spotlight by just providing a bridge to the outdoors.

SW: You've had some recent events—talk a little about the events you've had going on lately and how they went.

WH: I think the first event that we kind of helped start was this little program called Jugamos Afuera—and partners with Campfire Central Oregon. The idea was to get kids from elementary school during online distance learning—get them outside and take him to a park where they could play and just be in green spaces. Often enough—a lot of kids who are from the Latino community, going to school and being at school is probably the only space to have to play outside with adult supervision. And so when they didn't have school, they were stuck inside or just playing around their homes.

We'd take them out to the park, like a short walk away and we would just play games, give them some snacks and then walk them back to their homes. We did that for two falls now. Then in the winter, we took them out sledding and snowshoeing and then hiking as well during other times of the year. We took them to the climbing gym as well. And they really love just bouncing around and climbing on the walls as well. So the idea is—get them out of the house and get them to try new activities.

SW: Talk about the partnership you have with Mt. Bachelor.

WH: This partnership with Bachelor is a new one and pretty exciting one. It's Ski or Ride in Five program where we are bringing teenagers from Bend High and Caldera High, who are people of color or Latino. We're going to get them to Bachelor and take him through the Ride in Five program. And so that's kind of the idea, and we are on track to start. I have our first day actually this weekend, on Saturday.

-Vamonos Outside also hosts a regularly scheduled BIPOC Climb Night and recently acquired a van to be able to transport program participants to events. For more information on volunteering, donations or programming, find them online at vamonosoutside.org.