"I died and went to van heaven."

That's the sentiment repeated by countless van lifers attending the annual Descend on Bend event, taking place this Labor Day weekend in the Oregon Outback. Welcoming all shapes, sizes and models of vans—from the original VW Vanagon, which sparked the notion of van life, to modern day Sprinters and American-made wagons—the family-friendly event has a stirring motto: "Humans, being." 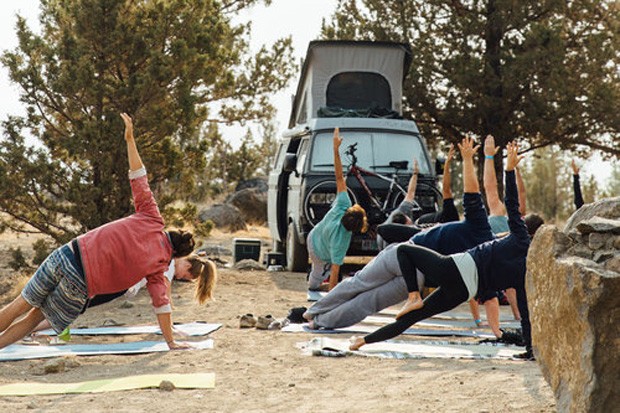 It seems that choosing to live in less than 70 square feet on wheels brings together people of all diverse backgrounds, unifying them quickly.

"It's a space for people who may think they don't have much in common— from millennials to families to Vietnam vets—to come together in a beautiful campout, get to know one another and just be themselves," says Stuart Grey, a 2018 attendee who's readying his 1974 Econoline to attend this year's event. "Everyone here is instant family."

Grey, 31, originally from Bend, pays to park on his friend's 5-acre plot of land in Tumalo. He says he was trying to live in Portland for a number of years, but as an artist, was forced out two years ago when rents kept increasing. "I was living paycheck to paycheck and I wanted a way out." He sells his art, some jewelry and helps as a carpenter from time to time. "The funny thing is that I'm working less, but I'm actually saving money now, readying myself for some larger passion projects on the horizon."

Grey speaks about the diversity of folk at Descend Bend that drive from all corners of the state—and outside of it—to meet together. "I mean, it's everything from the old guy who just loves tinkering on the old rig he's had from the '70s to the younger generation who can't find affordable housing and choose to live on the road, to the weekend warrior couple who have one foot into the lifestyle and one foot out. That's what I love about it, I seem to amass more life-long friends each year that I go."

The four-day event is perched near the expansive crater known as the Hole-in-the-Ground, near Fort Rock. Pockets of juniper trees and sagebrush dot the interior of the crater, which makes for a quiet and serene setting a quarter mile from the event grounds. Festival goers can expect live music, workshops, potlucks, ladies cocktail hour, talks and low-key campfires to fill the time. 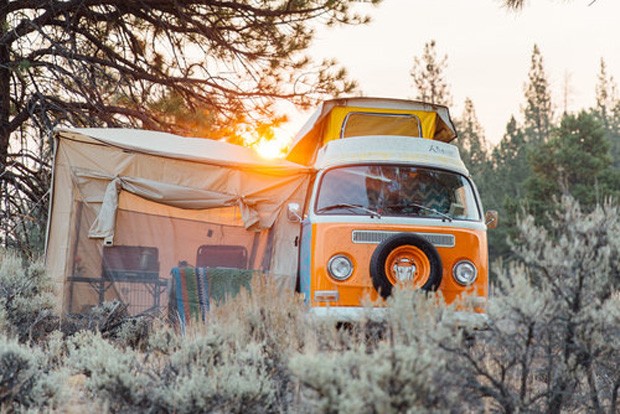 "I absolutely love the people there," says Sheri Young, who attended last year as a guest of a van-lifer friend. "It changed my life." Young, who only attended one day last year, says it was enough for her to go out and buy an old Dodge Ram a few months later. "I'm prepping to slip into this lifestyle, hopefully full-time in a few years," she says, laughing.

Outdoor workshops are as diverse as the clientele with everything from morning yoga held on the rim of the crater to learning how to cook on cast-iron, knitting and sewing, leathering small goods, songwriting and nature observation walks. There's even a salsa and chili contest (no, not together), a slip-and-slide mud grotto, a creative market to buy, trade and barter handcrafted goods and a charity pancake breakfast and raffle benefiting the Oregon Natural Desert Association. 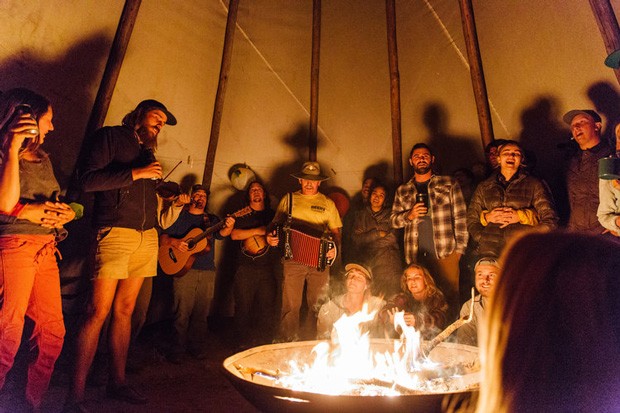 "We support ONDA's efforts to ensure over 8 million acres of public lands continue to thrive, both for wildlife and for all of us who come out to the wildlands, year after year," says Descend Bend's founder, Ryan Sellmeyer, "...[the] Oregon Natural Desert Association's conservation efforts to preserve Oregon's High Desert is unmatched." In the spirit of this, 100% of the raffle proceeds will directly benefit ONDA this year.

Notable musicians the Scratchdog Stringband and Austin Quattlebaum will play Saturday night's main stage after the community BBQ, as will a slew of other musical acts.

"My favorite moments have been mixed between getting dusty dancing in the High Desert to having talks outside of the tipi about van-life misadventures," says Grey. "Oh, and don't forget the late-night hootenannies!"