What to know, what to be concerned about

It's been a scary couple of weeks for those who use vaporizers, and for the companies which make the products and equipment used to do so. Every day provides more information about what's happened, and the potential reasons behind this increasingly deadly health crisis. We still don't have all the answers, but we know a few things. So here's what you should know about vaping. 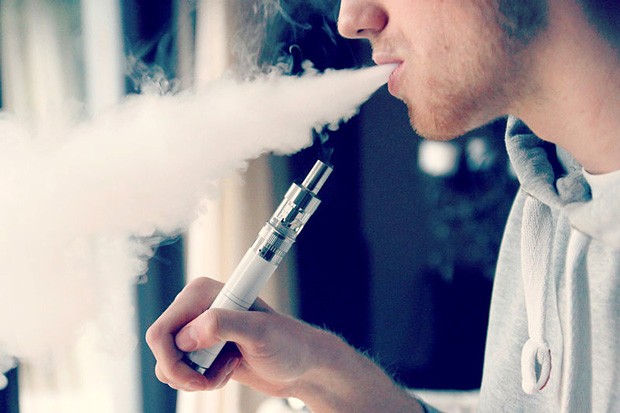 What we knew then:

On Aug. 25, news began to emerge about people who had vaped and were developing serious respiratory ailments. It wasn't clear at the time if they were vaping nicotine or cannabis cartridges (carts), or if the carts contained something else altogether, such as synthetic cannabis, aka spice—or whether these were even legitimate carts purchased from a licensed dispensary—which are required to have their products lab tested, or whether the carts were sourced from the illicit marketplace. In short, we didn't know much.

At that time, we knew that nearly 200 people were hospitalized across 22 states, according to the Centers for Disease Control and Prevention, for severe "vaping related" illnesses between June 28 and Aug. 20.

In one city in northern California, seven of the people hospitalized revealed that they had purchased and used THC carts purchased at illegal "pop up dispensaries," as they were cheaper than ones available through licensed channels.

Then the CDC revealed that someone had died in Illinois from vaping.

What we know now:

As of this writing, officials have identified six people who have died from vape-related illnesses in California, Illinois, Indiana, Minnesota, Kansas and Oregon. The person who died in Oregon reportedly purchased THC carts from two licensed dispensaries. Those dispensaries and the products purchased have not been identified.

"Any company that has added an 'undisclosed agent' to its vape cartridges should tell regulators immediately or face legal complications and probably additional liabilities."— OLCC Executive Director Steve Marks tweet this

No one knows yet. Officials in several states, including New York, have established a connection with an added thickening agent. Per CNN, "New York health officials said last week that extremely high levels of the chemical vitamin E acetate were found in nearly all cannabis-containing vaping products that were analyzed as part of the investigation. At least one vape product containing this chemical has been linked to each person who fell ill and submitted a product for testing in the state."

Vitamin E acetate is reportedly a common additive to black-market THC carts but isn't widely used in legal THC carts. Well, we hope not. In Oregon, although we test for THC cart potency, pesticides and solvents, we don't test for additives such as thickening/thinning agents.

Instead, the Oregon Liquor Control Commission has begun asking dispensaries to review their vape carts to determine if producers have added any "undisclosed agents" to the carts. OLCC Executive Director Steve Marks told The Gazette-Times in Corvallis that because these aren't being tested for, "the regulators can't know if it's being added illicitly by some manufacturers."

"Any company that has added an 'undisclosed agent' to its vape cartridges should tell regulators immediately or face legal complications and probably additional liabilities," he said in that article. "My worry is that some of these folks may have gone around and put Vitamin E in their products that we are unaware of," Marks said. "If it's in our products, it's out there and we don't have a clear way to know which ones it may or may not be in."

That's the extent of what the OLCC can do at the moment, besides requesting that dispensaries post signs about the potential dangers about vaping. As Marks told the Gazette-Times, the agency can't ban vaping devices or any specific ingredients in them until more is known about what is causing the health problems. "The public safety agency has to tell us there's a public health concern for us to act," Marks said in the article. "They have not done so yet. With the lack of specificity, that's about the level of action we can take at this point."

Expect some regulatory action, from banning and testing for dangerous additives such as Vitamin E acetate, new labeling requirements, and on the nicotine side, possible elimination of some products altogether. Last week, the president announced that the feds may take action to recall/ban nicotine carts with "flavorings"—though the lung illness is linked to marijuana vaporizers, not nicotine ones.

Should you keep vaping?

Your panic level should dictate that choice. Insofar as there are risks with all activities, you can reduce yours by performing some due diligence. As written about here, do not purchase carts from anywhere but a licensed dispensary. Reach out to the cart producer and ask what they use in their products. Some producers have already taken to social media to state that they don't use the suspected additive to their products, and never have.

When in doubt, you can always vape flower, in a desktop unit or a portable vaporizer; there are as yet no stated dangers associated with doing so.