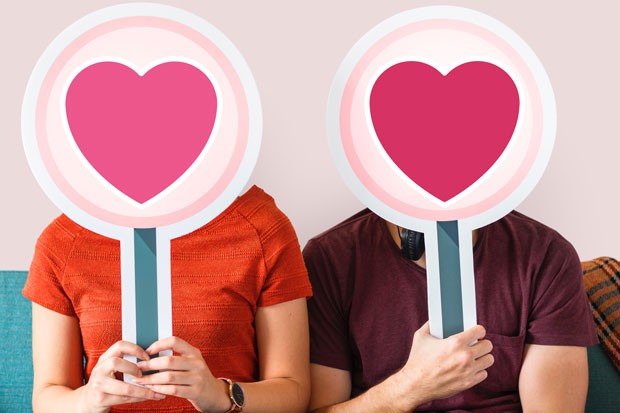 I've started dating a guy that an estranged friend of mine was engaged to and dumped 25 years ago. She completely broke his heart. She's been engaged eight times, married five, so I hardly think he was special. But some of my girlfriends think it's not cool and say I'm breaking "girl code." Am I betraying her?

When you put your old couch out on the curb, you don't get to make a bunch of restrictions about who can pick it up: "Free sofa!* *Except for that hussy Linda and her nasty sisters."

It is cruel to take up with a guy who's just dumped and devastated a friend of yours. But this woman is your ex-friend, and it isn't like she's lying in the dark, weeping over a sock he left at her place. In fact, they were engaged 25 years ago, and she dumped him. Yet, here you are, having "girl code" invoked on you.

"Girl code," like "guy code," is a deterrent to would-be mate poachers, powered by peer pressure. However, girl code tends to play out differently from guy code. Psychologist Joyce Benenson, who researches evolved sex differences, finds that males, from early childhood on, are verbally and physically direct with one another in a way girls and women are not: "Bro, that's my girlfriend you just dissed. You're gonna need directions to the ER."

Women, on the other hand, are covert competitors, undermining rather than openly attacking their female rivals. Benenson and other researchers believe this strategy evolved so women could avoid physical violence, which could harm their reproductive parts or leave them incapable of fulfilling their role as their children's primary caretaker.

Women instead use sabotaging tactics like informational warfare — the threat of reputation-destroying gossip — and social exclusion. Referencing "girl code" is part of this, revving up a woman's fears of being ostracized and creating a virtual moat around a man.

Unlike in the male world of "Fight Club," where the rules are clear — "The first rule of fight club is you do not talk about fight club" — the rules of girl code are nebulous, unspoken. Because women compete in sneaky and undermining ways, this nebulousness makes potential transgressions of girl code more dangerous and powerful.

So in deciding whether to continue with this guy, you should understand that there could be real costs for you for being thought to have violated girl code. Can you weather those costs? Is it worth it to continue with this guy? Focus not on what's fair but on what's realistic. Some women will talk trash about you — and never mind the fact that the guy was dumped decades ago by a woman who swaps out her husbands more often than most of us replace the kitchen sponge.

I'm a 32-year-old woman, and I went on one date with a guy I'd been talking to online. We have texted some since our date but haven't made solid plans to hang again. Basically, he'll text me and we'll chat, and then I won't hear from him for a week. The waiting is making me really obsessive. I find myself constantly wanting to text him. I know I shouldn't chase him, but the urge is so strong. What's going on?

Sometimes, when two people get engaged, the intended groom is the last to know. The guy asks you, "So, whatcha up to Saturday? Wanna grab a coffee?" And you're like, "I thought we'd have an afternoon wedding. But coffee's fine, too."

It should help to understand that this sort of crazy — the intense desire to text him — doesn't come out of some magical, vine-covered mental love fountain within you. In fact, there's nothing romantic about it. It's just the mechanics of our human motivational system, which works like a machine. Russian psychologist and psychiatrist Bluma Zeigarnik discovered that just as pressure in a machine builds up and needs to be released, tasks we've left incomplete seem to cause emotional tension — seriously uncomfortable feelings, a sort of mental itching. This motivates us to do the thing we've left undone so we can stop feeling so unsettled.

So, sure, you like the guy, but one date in, you're dying to text him not because he's "the one" but because you're suffering through what I like to describe as the emotional version of a really bad need to pee. Reminding yourself that it's just psychological hydraulics might help you weather the discomfort of not texting and then be all cool when the guy eventually calls: "Jason? Jason who? ... Oh, right! Heyyy! Hold on a sec," you say, as you descend the ladder and put down the glue roller you've been using to wallpaper your bedroom ceiling with huge blown-up photos of his face.