Victim of Portland Stabbing Speaks out with new details 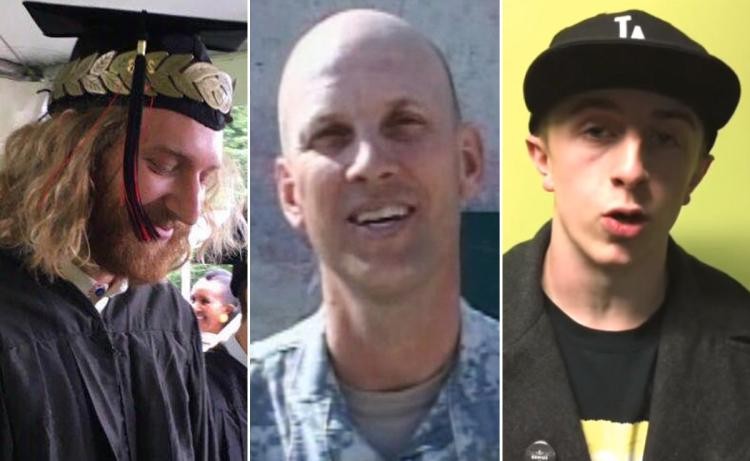 A vigil is slated to begin at 7pm tonight (Monday) in Drake Park, honoring the lives lost on the Portland MAX May 26.

Police say Taliesin Myrddin Namkai-Meche, 23, and Ricky John Best, 53, intervened when a man reportedly began hurling racial slurs at two younger women on the train at around 4:30pm Friday. The man, Jeremy Joseph Christian, 35, stabbed the men, according to police.

A third victim, Micah Fletcher, 21, was also stabbed, but is expected to make a full recovery.

Namkai-Meche, who graduated from Reed College in 2016 with a degree in economics, had just begun work at an environmental consulting company, according to reports. Facebook was filled with well wishers who remember him for "big heart."

In an interview with the Medford Tribune, Asha Deliverance, Namkai-Meche's mother, said that Portland detectives had told her, "He tried to calm the guy down, very kind and gentle. The guy was steamed up, so anyone who approached him, it would be scary no matter how peaceful you were."

Deliverance said, "He was determined to change the world....He was taking it into his hands to do something. He had such big heart and big reach."

Ricky John Best was a technician for the City of Portland's Bureau of Development Services and a retired army veteran who served in both Iraq and Afghanistan. He was headed home on the MAX, to his family in Happy Valley.

Bend's vigil will begin at the Drake Amphitheatre at 7pm with speakers, and close with a flower ceremony at 7:30pm. This is a family-friendly event and attendees are asked to bring a single flower.

New Details Regarding the Attack

In an interview with KPTV, one of the victims, Destinee Mangum, 16, thanked the three strangers who intervened  after she says Christian began hurling anti-Muslim slurs at her and her friend who was wearing a hijab. "It's haunting me," she said. Mangum, who is not Muslim said amid tears, "... they didn't even know me and they lost their lives because of me and my friend and the way we look."

"He told us to go back to Saudi Arabia and he told us we shouldn't be here, to get out of his country," Mangum told KPTV. "He was just telling us that we basically weren't anything and that we should just kill ourselves."

The pair them moved to the back of the train, while the three men intervened in the assault, with Mangum saying one of the men told Christian he "...Can't disrespect these young ladies like that. Then they just all started arguing."

Passengers took off after the suspect while others called 911.

According to the Oregonian, Portland mayor Ted Wheeler called on the federal government to immediately revoke the permit for an "alt-right event" scheduled in Portland on June 4 following Friday's attack. In a separate statement, Wheeler lauded the two men for their selflessness and bravery, calling it an "inspiration for everyone."

Details of the Bend vigil can be found here