Who's ahead for state legislature seats, Secretary of State and more Oregon races that matter to Central Oregonians

November 03, 2020
1 comment
The U.S. presidential election has been filled with vitriol—but even here in Central Oregon, incendiary ads and political mud-slinging has also been the name of the game. 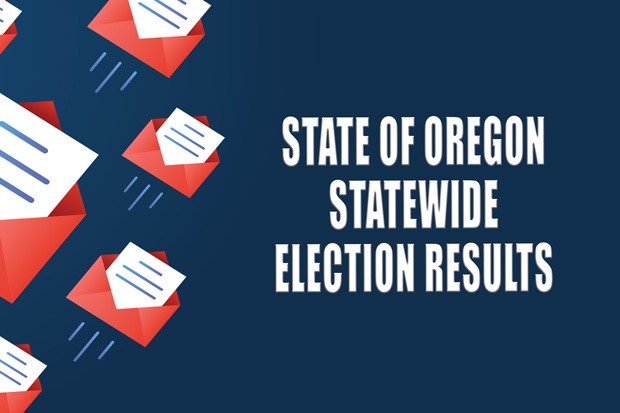 Among the most noteworthy local campaign mudslinging came in the race for Oregon House 54, the seat that represents Bend in the Oregon Legislative Assembly. In that race, Republican Cheri Helt launched a series of ads attacking Democratic challenger Jason Kropf on everything from his losses in previous campaigns to his purported inaction around the allegations a former co-worker made against the District Attorney's office where Kropf works. Late in the campaign, Helt vowed to pull the negative ads, but with some ballots already cast at that point, it's difficult to say whether that shift had any impact.

Meanwhile, challengers in the House 53 race and for Oregon's Senate 27 race were hoping that the changing demographics of Deschutes County and Central Oregon—which is fairly evenly split between Democrats, Republicans and non-affiliated voters—will help them win their races.
The challenger for Oregon's House 54 seat, Democrat Jason Kropf, won his race tonight. tweet this

After running slightly behind for most of the night, incumbent Republican Sen. Tim Knopp (50.73%) pushed ahead of Democrat Eileen Kiely (49.09%). Deschutes County Clerk Nancy Blankenship said as of now, this race is not close enough to warrant a recount. tweet this

These are the most updated results from Election Day, updated as of 3:04am Wednesday morning:

Stay tuned right here for local results, and on our Election Day is Here! page for updates on other races, including state and national races.