It was a night of big wins, big losses, and in some cases, a longer wait to find out the final result. This is where local, state and county races stood on Election Night

The results shown below reflect the most up-to-date results from the morning of Nov. 4 at 3:04am. According to Deschutes County Clerk Nancy Blankenship, the office is still waiting to count approximately 2,000 votes. In these instances, the signature was challenged by an election official. These voters will be notified by mail within a few days. Blankenship said the issues can be easily resolved by responding to the clerk's office as soon as possible.

So far, voter turn out is at 80.89% which is not a record for the county. She expects more ballots will come in from other counties as Oregon's ballot drop system allows drops anywhere in Oregon until 8pm on election night.

Visit our website, bendsource.com, and our social media channels @sourceweekly for the most up-to-date information we have on local, county and state races. 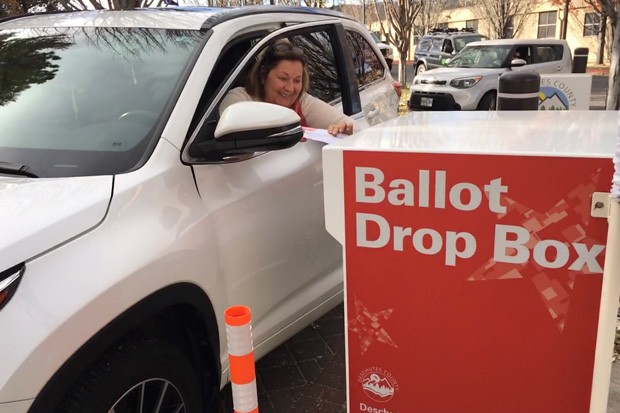 *All results were unofficial as of Wednesday night.

While the Bend City Council's races are non-partisan, it's safe to say that the newly elected city councilors in Bend represent a "Blue Wave" for Bend. While some votes still need to be counted, the Council races as they stood Wednesday night show progressive candidates sweeping the election.

Kebler bested incumbent Justin Livingston in this race, with 60.16% of the votes to Livingston's 39.50% Wednesday night.

Broadman won handily over August Paul Johnson, with Broadman clocking in 79.85% of the votes as of Wednesday night.

Democrat Phil Chang was ahead by 52.28% to incumbent Phil Henderson's 47.53% Wednesday night.

Incumbent L. Shane Nelson appeared to be keeping his job as Sheriff, earning 55.93% of votes, compared to Scott Schaeir's 43.67% as of Wednesday night.

The candidates vying for seats representing Bend and Central Oregon in the Oregon legislature saw some upsets Tuesday night, including a big win for Democratic challenger Jason Kropf in the House 54 race.

Republican Incumbent Tim Knopp, with 50.73%, snuck a head of Democrat Eileen Kiely (49.09%) early Wednesday morning. Blankenship said this race does not appear to need a recount. Her office only conducts recounts when races are within one-fifth of 1%.

Zika, the Republican incumbent in this race, won the race this year over Democratic challenger Emerson Levy, a relative newcomer to Central Oregon.

Kropf's win was apparent early on in this race, besting incumbent Cheri Helt (R ) following a race that was marked by a series of attack ads from Helt's campaign. Helt announced late in the race that she would cease using attack ads—but by then it appears the damage was done. Helt conceded the race Tuesday night. Kropf, a current Bend Park and Recreation District board member, told the Source Tuesday that he would remain on the BPRD board, but was "99% sure" he would be leaving his post as Deputy District Attorney in Deschutes County.

Rosenblum took a commanding lead in this race early on.

"I want to thank Senator Kim Thatcher for a hard fought race," Fagan stated Tuesday. "I am honored that a majority of the 2.3 million Oregonians who made their voices heard in this election have put their faith in me to be a Secretary of State for every Oregonian — by continuing to make it easier to vote in Oregon, auditing state agencies so that our resources go to the people who need it most, and helping small businesses navigate this pandemic and succeed."

Long a Republican stronghold, the changing demographics of Central Oregon meant some held out hope that this seat in the U.S. Congress would flip to blue. It didn't, and on Tuesday night, Oregon's Right to Life supporters celebrated Bentz's win.

The measure garnered 57.91% "No" votes and 42.09% "Yes" votes Tuesday night, thereby maintaining a ban on new pot operations in the county. Confused by the language of this measure? You're not the only one.

Important transportation projects for the City of Bend will move forward, after voters passed this transportation bond. The tax increases won't kick in until 2022—with the idea that we'll be beyond the worst of the economic fallout from the pandemic by then.

The Deschutes Public Library system may be able to move forward with expansions and a new Central Library, with 52.26% of voters in favor, compared to 47.74% voting no.

Oregon voters passed a number of historic measures this election, voting in favor of creating a program for the clinical use of psilocybin, and decriminalizing all drugs in the state.

The concept of reining in campaign cash is an exciting prospect, and while this measure gets Oregon closer to that, the Oregon state legislature still has to act on it and to create legislation to actually make this happen.

As of Jan. 1, e-cigarettes in Oregon will be taxed at a rate of 65% of the wholesale sales price and Oregon's cigarette tax will be $3.33 per pack, a $2 increase from the previous tax. Taxes on premium cigars will also go up.

Measure 109 – Clinical Use of Psilocybin – PASSED

"Even before the pandemic, one in five adults in Oregon are struggling with mental health challenges, and that number is likely higher today," said therapist Tom Eckert, chief petitioner for Measure 109, along with his wife, Sheri. "Now we can begin the two-year process of designing a safe new therapy that raises the bar for what's possible in successful mental health treatment," Sheri Eckert wrote Tuesday night. 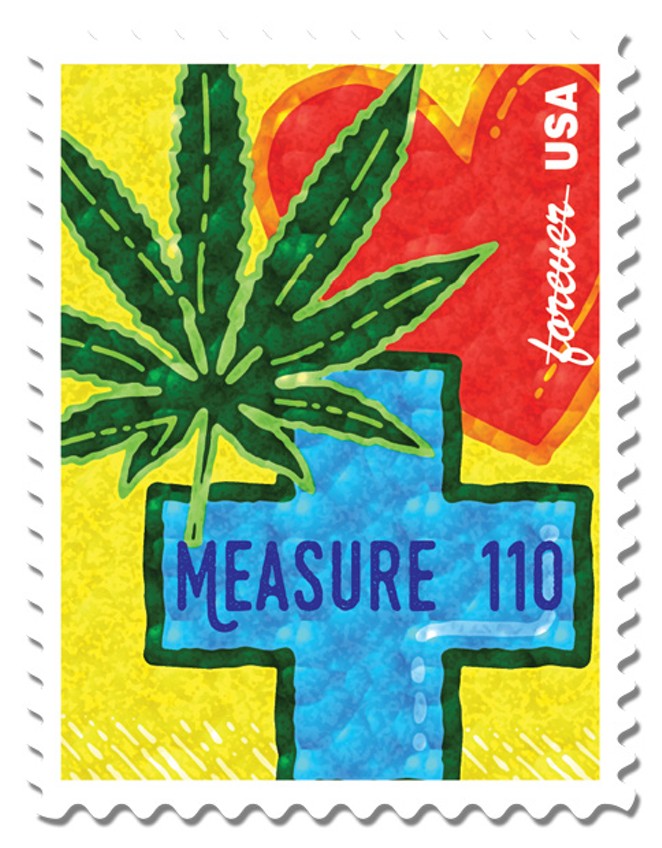 "With so many lives touched by addiction and our state's failure up to this point to properly deal with the crisis, voters proved they are eager stop ruining lives and start saving them," said Janie Gullickson, co-chief petitioner of the measure and the Executive Director of the Mental Health and Addiction Association of Oregon. "This is such a big step in moving to a health-based approach instead of criminal punishment, and we're devoting significant new resources to help Oregonians who need it."