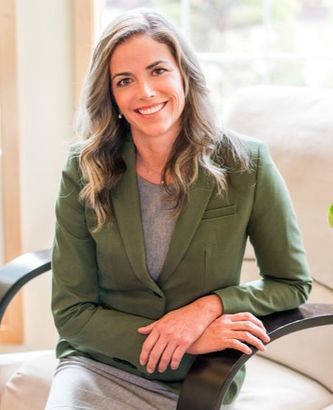 It's a dynamic time in Deschutes County. The region continues to experience rapid growth—and with that growth comes more pressure to deliver quality public safety and mental and public health services, in addition to managing diverse views about controversial topics such as land use and marijuana regulation. Dynamic times require dynamic leaders, and we believe Amy Lowes offers the dynamism needed on the Deschutes County Commission. Lowes' background as a hospice nurse and business owner are feathers in her cap, but what impressed us most about Lowes was her definitive, well-researched approaches to the issues most pressing to the county.

Lowes brings strong ideas about extending the life of Knott Landfill by implementing a food waste composting program—an approach that is both fiscally responsible and ecologically important. She also sees through the recent move by the current commission to lower taxes by a handful of dollars per home as a "smoke and mirrors" political maneuver that leaves less in the coffers for vital public services, such as mental health and addiction services—services that will mitigate other issues, such as homelessness, in our area. We also agree with her "anti-sprawl" approach to land use.

In a commission made up of three individuals, each commissioner's opinions carry a lot of weight, and constituents deserve to see strength in each one of them. Lowes is a strong advocate for funding the county's new sobering center 24 hours a day; her opponent, Tony DeBone, was also in support, but was less passionate about advocating for the 24-hour schedule, indicating during our interview that the current system, without the sobering center, appears to be working. Lowes is definitive about opposing more restrictions put on marijuana farmers; DeBone is more vague in indicating he'll "probably oppose" some of the newly proposed restrictions.

Lowes' ability to remain professional while bringing up controversial issues also assures us she'll be an advocate, but not an obstructionist, at county meetings. That's not to say that DeBone has been an obstructionist; quite the opposite—we'd like to see DeBone take a stronger stance on almost any issue, so that we know definitively where he stands. DeBone is bright and experienced and, as the incumbent, understands the issues Deschutes County faces, but we believe the County needs someone with more moxie at this time. While we understand that the county is working to address the coverage issues that continue to plague the new 911 radio system, we appreciate Lowes' "buck stops here" approach in saying that leaders should admit fault when necessary.