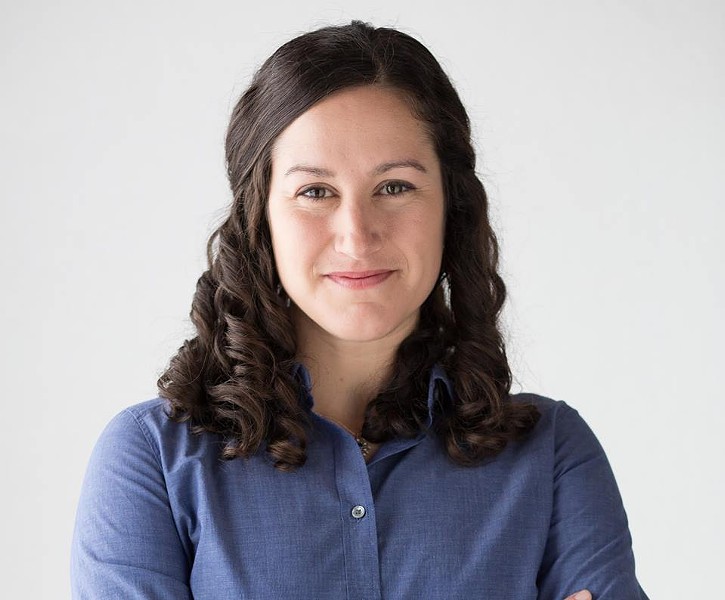 Three candidates are running for Bend City Council position 5. Victor Johnson is a local music teacher running as an advocate for the arts and music community in Bend. Andrew Davis is the director of student and campus life at Central Oregon Community College. Gena Goodman-Campbell is the public lands coordinator at the Oregon Natural Desert Association. While we appreciate Johnson stepping into the race and adding to the conversations around affordable housing, advocating for tiny homes and supporting the creative community, we believe voters will find the most promise in Goodman-Campbell and Davis. That being said, it's on a few key points that we direct our support toward Goodman-Campbell.

Mirror Pond is—and has been for at least a decade—a flash point in Bend politics, and remains so today, as the Bend City Council debates on how much, if any, financial support to direct toward dredging the pond. Goodman-Campbell believes none of the City of Bend's limited funds should go toward the project. Davis, on the other hand, supports using city funds because of the pond's "iconic" and "historic" nature. We've long advocated for a solution that's supported by the majority of the community as well as being based in ecological necessity, not on sentimentality.

At the same time as some continue to decry that the City find funds for that project, hundreds of homeowners in southeast Bend await their fate in the City's decision about how to assist the people who will eventually be forced to connect to the city's Southeast Interceptor sewer line, at a cost of tens of thousands per home. On that topic, we appreciate both Davis' and Goodman-Campbell's commitment to solving the issue right away and to lowering the costs for homeowners, and their willingness to explore the option of spreading some of the costs city-wide. Were the City to kick in funds for any project, we'd like to see them directed toward this debacle. Johnson offered no comment on this issue.

Another touchpoint in the City of Bend is the use of Transient Room Taxes. We appreciate Goodman-Campbell advocating for a creative interpretation of the mandate to spend a certain amount on "tourism-related facilities," which, in her interpretation, could possibly include using funds to connect trails and neighborhood greenways.

Goodman-Campbell also made a solid point about the prospect of developing a dedicated homeless camp in Bend. She stated that a camp with basic facilities would allow for a controlled environment—which is better than the current uncontrolled environments at places such as Juniper Ridge, which put a significant drain on law enforcement and other resources. Davis, on the other hand, indicated concern that a camp of this type—the type already successful in other Oregon cities—could bring "safety and noise concerns."

As for what to do about finally developing Juniper Ridge, part of which the city owns, Goodman-Campbell is in favor of either re-visiting the existing master plan for the area, or for selling the land. Davis is in favor of developing the land to bring in more industry and jobs.

Davis has education and experience in strategic planning, which could serve him well in this first foray into government work. Goodman-Campbell, however, already has more government experience, having worked on legislation and government policy during her work with ONDA. Additionally, Goodman-Campbell ran against Rep. Knute Buehler for state House in 2016—a valuable experience that, while she was ultimately unsuccessful, demonstrates her drive and commitment to public service.