We would love to be framing this endorsement solely around the various positive attributes these two candidates bring in representing Bend in the Oregon State Legislative Assembly. We'd love to focus on voting records and backgrounds, as we do with most campaigns. Unfortunately, this race has been positively stained by a voracious string of attack ads and accusations that lead us to only one conclusion: We cannot stand by and let the vicious imaginations of state and local Republicans and their digital marketing gurus begin to infect Central Oregon politics in the way we are seeing now. 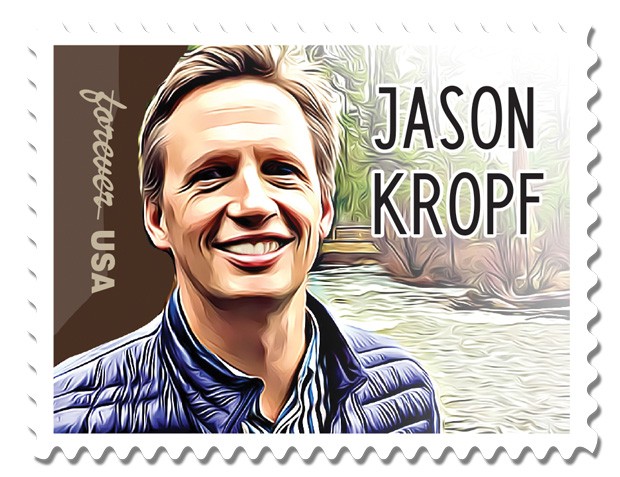 At their face, both Cheri Helt and Jason Kropf are established politicians with records we can look to in order to glean their readiness and efficacy as leaders representing us in Salem. Helt is a successful businessperson; Kropf a longtime deputy district attorney. We philosophically agree more with Kropf's policy proposals, but Helt, too, has proven to be able to reach across the aisle and to think independently even amid the pull of party politics.

But during this campaign, Helt has put out numerous attack ads that have gotten even more nasty and twisted as time wears on. The most recent string of attacks—which Helt defended during the recent debate we co-hosted with other local media partners—alleges that Kropf, a deputy district attorney with no managerial responsibilities, was somehow culpable for the atmosphere of "harassment and intimidation" in the office where he works. Earlier this year, Kropf's former co-worker, Jasmyn Troncoso, filed a claim against the Deschutes County District Attorney's office, alleging she'd left the office due to the toxic work environment.

Let's be very clear: All people who allege things of this nature should be listened to and afforded due process to determine whether any alleged wrongdoing warrants further action. No woman—or man—deserves to face sexual or racial harassment in the workplace.

At the same time, we do not believe that Kropf—a co-worker who served in no managerial role, and who was essentially in a lateral position as Troncoso, and who also was not named in Troncoso's complaint—should bear any blame or responsibility for the allegations Troncoso is levying. Even the recent allegation by Helt that Kropf's campaign had a hand in the efforts by the Oregon Trial Lawyers Association to get Troncoso to remain silent during the campaign appears to be a stretch aimed at lobbing any and all negative attention Kropf's way. What's more, Kropf has denied knowing anything about that attempt to silence Troncoso, and gave back the campaign cash he got from the Trial Lawyers once he heard about the effort.

Amid the mudslinging, Kropf appears to be ascribing to the philosophy of, "when they go low, we go high," attempting to focus his messaging around his fitness for office, and also Helt's recent voting record. While some might see this as timid, it's the type of campaigning we want to see in local politics: Focused on the issues, not loose associations that sound sexy in a TV ad. We also agree with the reasoning offered by a host of nonprofit groups that publicly announced continued support of Kropf this week: To drag an alleged harassment victim's story into campaign ads could very well create a "chilling effect" for other victims, who may be reluctant to come forward in the future for fear that their experiences will be used for political gain. The fact that Helt—who has spoken of doing away with the ideological partisanship that has dragged our country so low in recent years—has approved and defended the decision to drag an alleged sexual harassment victim into her ads shows us she may not be as committed to decency as she professes.

Jason Kropf is an experienced attorney, a longtime advocate for kids through the Court Appointed Special Advocates program, and a Bend Park and Recreation District board member whose votes on the board have shown a commitment to public process and standing up to powerful interests in Bend. He will be a solid, measured and prepared legislator for Bend in Salem. Vote Jason Kropf for Oregon House District 54.