Three candidates are in the race, but Chang is best prepared

May 05, 2020
comment
The May primary election is right around the corner—and three people are vying to unseat sitting Deschutes County Commissioner Phil Henderson. We believe the best choice to move forward in the Democratic primary is another Phil—Phil Chang. Yes, it's odd that our county commission races are partisan at all—but that's how it is currently set up in the county. 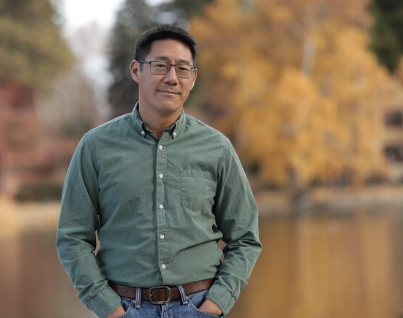 Chang has a host of experience working both at the federal and regional government level, having served as a field rep for Sen. Jeff Merkley as well as nine years on the Central Oregon Intergovernmental Council. His background in land use planning and natural resources would lend a conscientious, yet realistic voice to the current Board of Commissioners, which currently tends to be more ideological and geared toward supporting just one-third of the county’s population—namely, conservative Republicans—rather than the population as a whole. By contrast, we believe Chang’s track record of bringing people together to work out complex regional issues would be a breath of fresh air. As he told us, he is working to “find agreement, not fan the flames” around important policy debates in our community. Looking forward into the fallout from COVID-19, Chang appears prepared and ready to tackle the challenges ahead—including looking ahead to the fiscal austerity that will be necessary as local government budgets face shortfalls, but also planning around the vital tasks of responding and investing in public health and behavioral health services that will only continue to be important for local residents as we navigate continued economic challenges that stem from the virus. We particularly appreciate Chang’s suggestion that the County should be putting some of its General Fund dollars into the Behavioral Health fund, rather than have it be a “pass through” agency that only takes what it can get from state and federal dollars. This is the kind of detailed preparation we like to see in candidates, as it offers far more to glean from a candidate, versus basic platitudes or ideology. While Greg Bryant, a retiree who moved to Central Oregon in the past decade, offers some strong policy points, and Ron “Rondo” Boozell gets kudos for his commitment to being part of the public process, it is in Chang that voters will get the most potent and promising leader for Deschutes County. Vote Phil Chang for Deschutes County Commissioner Position 2, Democratic Primary.