Kotek is a hard-driving legislator. However, it is in this drive that we've seen progress in addressing the issue of homelessness, and in correcting the problems that led to so much inequality in the housing sector.

There's lots to chew on in this governor's race, with the ideal of a "third party" non-affiliated candidate in the mix. But the reality of a third candidate has proved a hard pill to swallow. While our editorial board gave serious weight to the benefits of a candidate who could sit in the middle of the aisle, like most voters, we ended up placing our endorsement with the candidate who can best deliver on the political vision we have for the state. While we enjoy the idea of a governor who's free of the pressures of party politics, that's not what we imagine politics in Salem would look like. Betsy Johnson jumped into this race to be a punch in the gut to the two parties, but in reality, she hasn't shown her case to be strong enough to end up being anything but a spoiler potentially pushing Oregon in what we consider an alarming direction. 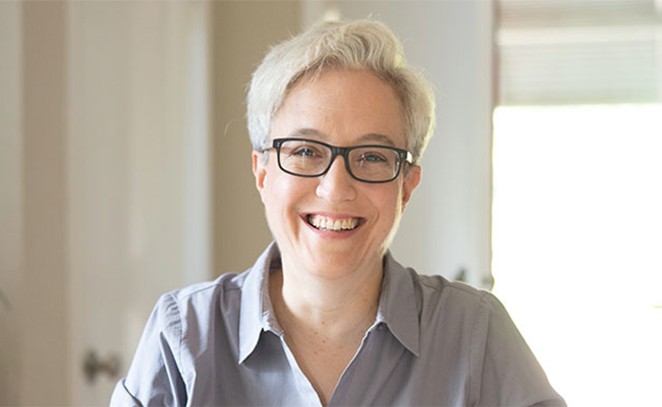 When we considered the candidacy of Christine Drazen we are reminded of the adage, "you can't win if you don't play." The Republican gubernatorial nominee has shown that "not playing" is a problem. In her first year as leader of the House Republican caucus, in 2020, many in her caucus left the state to protest cap-and-trade legislation. This led to a great deal of other legislation not getting passed and the needs of Oregonians left unaddressed. What's to come if Drazan, who's likely to face a majority-Democrat legislature once again, doesn't get what she wants as governor? We believe that she will likely take her ball and go home.

Both Drazan and independent Johnson—who represented Scappoose as a Democrat in the legislature—are campaigning on the notion that Democrat Tina Kotek, who served as Speaker of the House, should be blamed for all the ills in Oregon today. They primarily point to the rise in the houseless population that is so prevalent across the U.S., accompanying record amounts of income inequality.

Kotek is a hard-driving legislator. No one is arguing that. However, it is in this drive that we've actually seen progress in addressing the issue of homelessness, and in correcting the problems that led to so much inequality in the housing sector over the past few decades. Kotek was instrumental in funding the statewide homeless Navigation Centers that give people a place to find resources to get them out of homelessness. She also helped to launch Project Turnkey, which converted old motels into shelters around the state. Due to the Martin v. Boise ruling, without adequate numbers of shelter beds, cities have little to no leverage in clearing camps or getting people off the streets, where homelessness is currently most visible. Motel-shelters brought instant, lower-cost shelter-bed capacity.

Kotek also spearheaded the bill that did away with single-family zoning in bigger towns—allowing duplexes and triplexes and quads to be built to increase Oregon's housing supply. These are just a few examples of her commitment to improving the lives of the most vulnerable in Oregon—and far from the "status quo" that certain politicos would have you believe is what is at stake in this election.

While Kotek also negotiated Oregon's Student Success Act—the act that ushered in the Corporate Activities Tax, during the campaign she has expressed a willingness to tinker with the tax to make it fairer for businesses. Throughout the campaign season, the business-minded among us have shared with us that adjusting the CAT is a high-priority issue. Kotek's willingness to open this issue up for discussion—while also continuing to advocate for better outcomes and graduation rates for Oregon students—is heartening.

Oregonians have three choices in this race, and despite the fact that some of them want you to think they'll bring entirely new ideas, each of the candidates has a track record and a history in the legislature. Our faith is on the one who's prioritized what we believe is Oregon's biggest challenge—homelessness and housing—and put her legislative career where her mouth is.