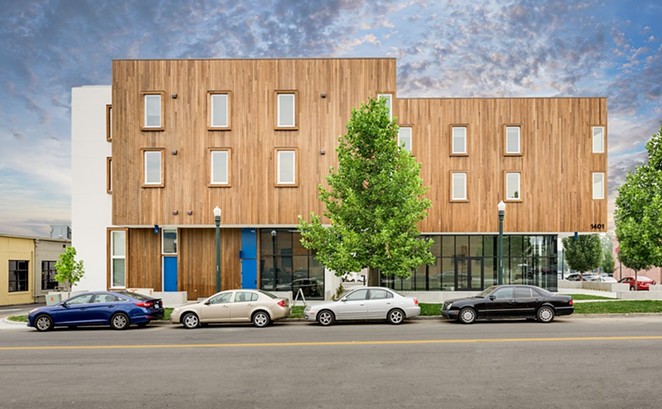 In May, Brooks Resources purchased the Murray & Holt property at 181 NE Franklin Ave., located in the Bend Central District—an area the City of Bend has identified as a potential new urban renewal area to create infill and redevelopment opportunities.

The Bend urban renewal agency, BURA, began work on that new urban renewal area May 16, according to the City of Bend. Urban renewal is a redevelopment finance program authorized by the state.

At the time of the Murray & Holt purchase, Kirk Schueler, president and CEO of Brooks Resources, said in a press release: "Brooks Resources has an interest in seeing the Bend Central District flourish and we see this property as an essential asset to the BCD."

In the meantime, the land may become a Blue Dog RV dealership, according to documents from the City of Bend.

"The property is within the Bend Central District-South Subdistrict overlay," Joe Prutch, assistant planner for the City wrote in an e-plans document. "Per 2.7.3200. B-DCD, the existing auto sales use is considered a permitted use. The proposed RV sales is not considered an expansion of the existing use and is therefore permitted without further planning review."

Information from the City's Special Planned Districts documentation—guidelines that include language around what might be permitted inside the BCD—states Retail Sales and Service (Auto Dependent) uses are not permitted in any of the subdistricts. But because the property was legally an auto dealership previously, the new RV dealership would be treated as permitted use, according to Colin Stephens, planning manager for the City.

Schueler said they don't have a signed agreement yet, but when it happens, Brooks Resources is looking to lease the property for two years. Brooks also has the right to extend the lease for six-month intervals, Schueler said.

Schueler said part of the reason Brooks Resources purchased the auto dealership was its proximity to many services within a quarter-mile walk—including Safeway, Walgreens, restaurants and even the Juniper Swim & Fitness.

"If you add residential, you will have the most mixed use in Bend," Schueler said.

Schueler said Brooks is working with a Portland-based architect to get ideas for the building they'd like to erect, with residential over some retail space, likely built out in stages.

He pointed to the area off Bend's Arizona Avenue, where the Box Factory, Market of Choice and Spoken Moto are now located, as what can happen with the City invests in infrastructure.