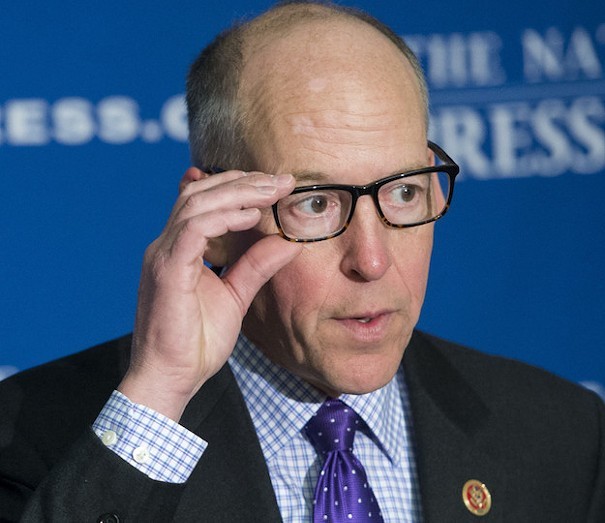 If you want to get an answer from Rep. Greg Walden (R-OR2), apparently you have to find him in a parade.

That's exactly what Jamie McLeod-Skinner, the Democratic candidate for Oregon's 2nd Congressional District, did last week in Joseph, Ore. McLeod-Skinner has been attempting to get incumbent Walden to agree to a series of three debates ahead of the November election. Since she has yet to lock down any dates with Walden, she did what a plucky, determined candidate should do: she walked up to him while he was cruising in a vintage car in the Chief Joseph Day Parade and put him on the spot, asking him to set up those three debates. Walden responded by saying he looked forward to it—but according to McLeod-Skinner's campaign, no dates have yet been set. Walden's campaign did not respond to our inquiry about debate dates by press time.

Since he was elected to Congress in 1998, Walden has had many challengers for his House seat—yet he's had something of an easy campaign load. Voters have cast their ballots for Walden—often touted as a moderate Republican—handily. Challengers seemed half-hearted. It wasn't until the wake of the 2016 election, and Walden's subsequent backing of a number of the president's unpopular moves, that constituents in the district began to make more concerted efforts to find a new representative in Congress.

Walden is chair of the House Energy and Commerce Committee and a driving force behind the efforts in Congress to repeal the Affordable Care Act and thrash Medicaid and the Oregon Health Plan. Walden even received a pat on the back from the president for being part of "the group," as Congress debated the repeal. In Walden's district—our district—more people would have lost health insurance with the repeal than anywhere else in Oregon. While that repeal effort failed, Republicans continue to chip away at the tenets of the ACA.

Walden has spoken, during his limited town halls in the region, of his desire to replace the existing model with a community health center model—but it would be beneficial to hear more about that plan, and to compare it directly with McLeod-Skinner's approach. Face to face, no-spin conversation in the form of a debate should be a hallmark of democracy. Voters should not get all of their information about candidates second-hand, and debates are a key part of that.

Here in Bend, many of Walden's constituents regularly decry how they're tired of their representative's lack of connection with so many voters in the district. To push back against that sentiment, Walden should get some dates with McLeod-Skinner on the calendar as soon as possible.