Chapter One continues this week—and stay tuned for more throughout the month of June.

My drive to the bird festival that weekend not only took me across an ancient ocean bed framed by exquisite small canyons but paralleled sections of what was christened in 2012 as the Oregon Desert Trail. The Oregon Natural Desert Association (ONDA) plotted and pieced together this 750-mile trail that starts at the Oregon Bad- lands Wilderness outside of Bend and continues to the southeastern Oregon canyonlands that flank the Owyhee River. Other than a few permitted easements across private land, the trail takes pains to stay on public lands the whole way. 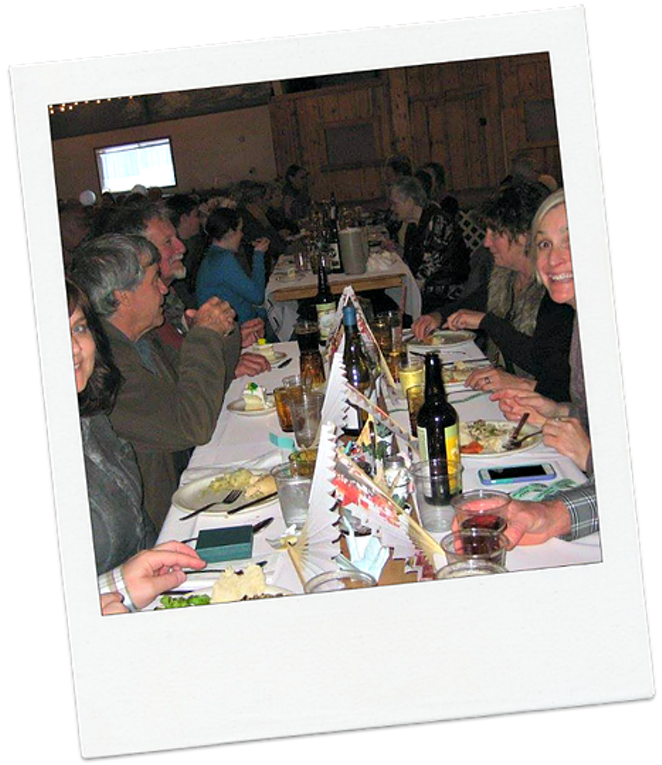 I moved from New England to the high desert to ranch four decades ago. Though I now live in town, my love of this hardscrabble outback still informs my every day. So no surprise that this new trail spoke to me, lured me back into the desert. No longer actively ranching, I decided I would walk sections of the trail and write about it—about what I saw and those I encountered. I would make a point of evenly and fairly presenting the conflicting points of view about repurposing open areas of public land. I prided myself that in so many ways I already knew the players: ranchers; Bureau of Land Management, Forest Service, and Fish and Wildlife employees; schoolteachers in rural schoolhouses; merchants in remote outposts; American Indians on reservations in the high desert; law enforcement officials who, some years back, were kind enough to wave me on, despite my excessive speed, as I made my way along desolate Highway 20 back to the ranch with a station wagon full of fussy infants and sacks of groceries. I knew and understood desert dwellers. This narrative would be about and with them.

Burns, Oregon, is the county seat of Harney County, where the occupation of the Malheur Wildlife Refuge took place in January and February 2016. It was now April. tweet this

At dinner, I asked those at my table their thoughts about ONDA’s trail through this wide-open, tumble dry, high desert. As they finished their salad course and passed around the fresh-baked rolls, I posited my idea that the trail is as long and circuitous as it is not only to lead trekkers through some of the most scenic, and heretofore unexplored, areas of the high desert but also because it dares not stray off public lands lest it create conflicts with private landowners. Did they agree? I wanted to follow, I explained, the course of this high desert camino that skirts key concerns facing this sagebrush ocean: protection of sacred Native American ground, protection of habitat for endangered species, elimination of “predators,” “wild” horse protection, grazing “rights” for livestock, hunting “rights,” water “rights,” demand for recreational land for motorized vehicles, demand for land for what was touted as low-impact recreational uses. I told them I wanted to show how these issues meet head-on at various inter- sections along the trail. How solutions that work for all are elusive, charged, and complicated but do exist. How, to me, the Oregon Desert Trail, as it zigs and zags assiduously avoiding privately held tracts, is a powerful metaphor for all the land-use and other issues facing not just southeastern Oregon but all of the ranching West.

As my mashed potatoes and roast beef got cold, I went on (and on . . .). I explained the broader philosophical musings the trail excited in me as suggested by the contradictory rights various groups and users claim. What is wild? Who says grazing is a right? Who says it isn’t? What is the highest best use of public lands? According to whom? Whose narrative is most compelling and is influencing policy decisions? Their answers and related questions would be an important part of the book I planned.

Hiking emblematic sections of the Oregon Desert Trail, I explained I’d also interview other key individuals like them who represent the variety of perspectives on high desert land use. I’d welcome the questions the process raised and would embrace the conundrum that a passionate love of the same place is not a predictor for common solutions. From these many conversations I would glean reasonable, collaborative approaches to pending decisions. Everyone really can just get along. What did they think? No surprise, the varied and compelling responses from my tablemates at the festival dinner, and from those I interviewed subsequently, charted the course for this linked narrative and populated the pages to follow. 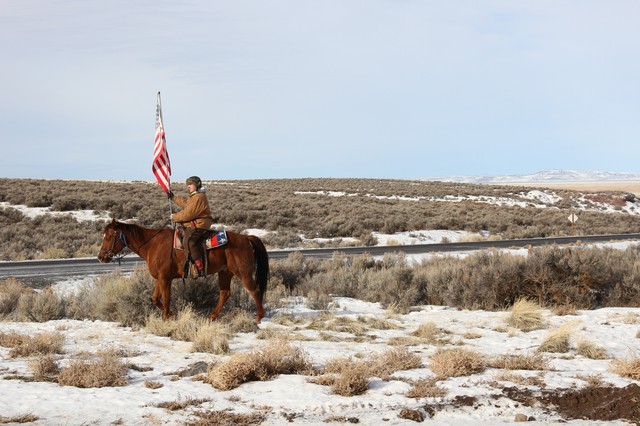 This time I’d come to the Migratory Bird Festival with not only my bird book but also walking sticks in hand. My plan was to explore the sections of the Oregon Desert Trail that wind through Harney County before heading back to Bend. Maybe take the festival- sponsored tour through the Malheur National Wildlife Refuge. But this time was different. Most of the birding tours had sold out for the first time in the thirty-four-year history of the festival. The Saturday night banquet was at capacity. Motels were chockablock full. Why?

Because curiosity killed the cat. Because Burns, Oregon, is the county seat of Harney County, where the occupation of the Malheur Wildlife Refuge took place in January and February 2016. It was now April. Ammon Bundy and his band had left the refuge only two months earlier. The buildings they occupied on the refuge and portions of the refuge itself were still closed to the public. Damage to refuge struc- tures, to Northern Paiute artifacts and burial sites was still being assessed. Burns was now on the map. The occupation had identified a new 1 percent—those in the nation who had actually heard of Harney County, the refuge, and Burns, Oregon. But, United States of America, ignore what took place there at your peril.

The forty-one-day occupation rendered my original conceptfor this desert trek narrative a nursery rhyme, la, la, la, a polite conversation about land-use conflicts. The trail was now a mere a contrivance to link the perspectives of those who want to harvest natural resources and those who want to protect land for various recreational and environmental reasons tweet this

The forty-one-day occupation rendered my original concept for this desert trek narrative a nursery rhyme, la, la, la, a polite conversation about land-use conflicts. The trail was now a mere a contrivance to link the perspectives of those who want to harvest natural resources and those who want to protect land for various recreational and environmental reasons. The land-use policy options I intended to write about turned into a shouting match during the occupation between, for starters, those who want no government intrusion and those who understand the benefits of government involvement and collaboration. And since the Bundy occupation, militias have gone public, brother has armed against brother, false information has been embraced as fact. How armed and dangerous we are! How blunt an instrument our thinking has become! How very afraid we are. How misappropriated by the Bundys and their constituents are the United States constitution and, for that matter, God and his son. How misunderstood the laws affecting land-use and, well, everything if one believes the Bundys. And many do.

This unknown region of the United States suddenly became the poster child not only for land-use and conservation issues but for, yes, the angry, gun-toting, disenfranchised and the rural silent minority who, in combination, helped define the 2016 presidential election, dramatically reframing America’s conversation. This demographic, like this area of the United States, is no longer unknown or uncharted. The failure of those—who see themselves as educated and informed, who are at the helm of this nation—to acknowledge and engage the predominantly white, no-longer-silent disenfranchised as much shapes this book as does the elaborate cursive script the Oregon Desert Trail inscribes across southeastern Oregon.

-Waterston's new book is out in June 2020. Stay tuned next week for a new chapter.

Also see this upcoming event at the High Desert Museum:

Hear author Ellen Waterston read from her new title, "Walking the High Desert: Encounters with Rural America along the Oregon Desert Trail." Uniting stories from across this diverse landscape—the humans and non-human voices—Waterston weaves an incomparable narrative of wonder, science, history and prose. Walking the High Desert is at once travelogue, meditation, memoir, history, philosophy, …