It's tough to imagine the traumatizing horrors of being on the frontlines of war—unless, of course, you've experienced them firsthand. For Nicolas Aaron Mezzanatto, an Iraq combat veteran who fought with the 101st Airborne's 502nd Infantry and deployed to the "Triangle of Death," active combat is very much real. After leaving the military, Mezzanatto realized the horrifying events he'd witnessed were not simply going to leave his mind. In fact, they led him straight to suicidal ideation, post-traumatic stress disorder and depression. Rather than succumb to his haunting memories, he turned to comedy as an outlet. 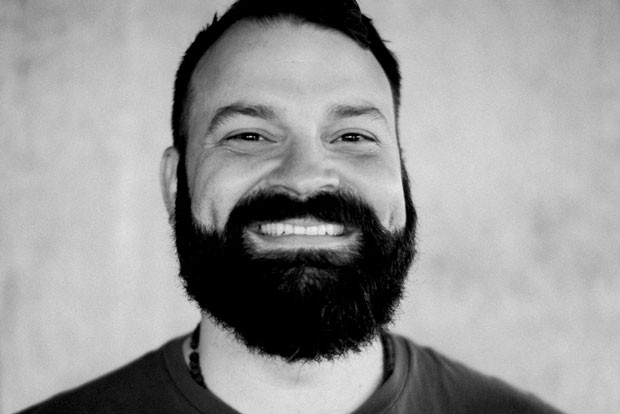 For the past year and a half, comedic writing and performance art have pulled Mezzanatto from the depths of post-war trauma, allowing him to connect with his community in a way he never before deemed possible.

"Comedy is something that offers us the opportunity to shake the seriousness of life," he explained. "Comedy can unite people in not taking ourselves so seriously."

Today, he works to bring a message of hope, humor and human connection to those who may be struggling with something similar. So far this year, his production company, Comedy & A Cause, roughly six months old, has put on two shows, donating a portion of the proceeds to Save a Warrior. The nonprofit focuses on providing solutions to returning veterans, first responders and law enforcement officers struggling with post-traumatic stress. Mezzanatto's drive to make a difference doesn't stop with those with whom he shares combat experiences, however. After witnessing the healing powers of comedy and community support, he's dedicated a large portion of his time to another group who may be at a higher risk of suicide—those who may lack genuine human connection, struggling to find their place.

Mezzanatto's upcoming show, "Corina's Playhouse," will benefit OUT Central Oregon, which has a mission to promote visibility and advocacy for the LGBTQ+ community, while providing important resources and educating the public.

"The suicide rates among LGBTQ youth are a lot higher, and I think that has to do with a lack of real connection," said Mezzanatto. "This show will offer people a place to laugh and be supported by the local community. I want to bring quality comedy to Central Oregon while providing an atmosphere of positivity and acceptance. Whatever your background, you can be entertained, feel included and celebrate life in the form of comedy."

The show is a combination of comedy and drag, featuring award-winning, Portland-bred comedians as well as several local drag queens. Corina Lucas, a transgender, Catholic-raised stand-up comic, recently placed third in Portland's Funniest Person contest. Her high-energy style and raunchy material landed her several other awards. Mezzanatto described her as, "A hilarious and intelligent comedian who has a knack for holding a mirror up to society, and inviting her audience to laugh at themselves."

Joining Lucas are Dylan Carlino and Noah Watson, both advocates of the LGBTQ+ community and some of Portland's most beloved stand-ups. Local drag stars Madame Richard Tucker, Calypsa and Stella Nova will perform as well—ensuring a wild night of raunchy comedy while providing a space that encourages "coming as you are, and being proud of it."

"I think this work is extremely important in the realm of preventing suicide, highlighting the importance of mental health and offering locals a sense of belonging," he said. "OUT Central Oregon is a charity organization that does real work within our community. It's awesome to be able to use comedy to support such an important foundation, while bringing community members closer together."