The project involves reconstructing Ward Road between U.S. Highway 20 and Stevens Road, plus paving adjacent local roads. Temperature changes over time have caused expansion and contraction of the structure of Ward Road, leaving bad cracks across it, according to County Engineer Cody Smith of the county road department. 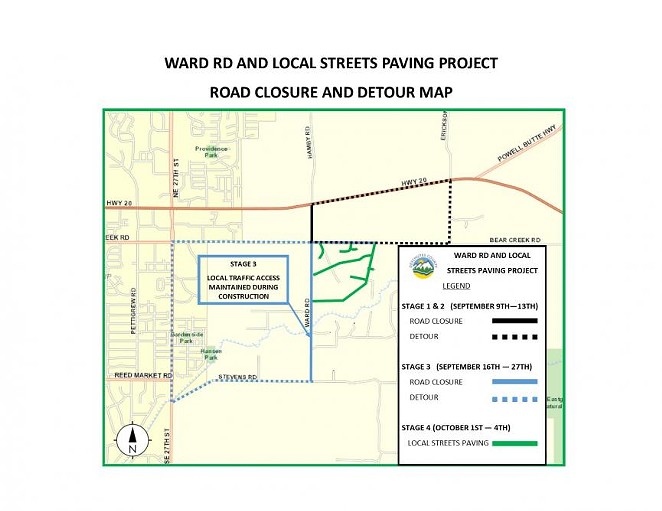 “You only have to drive it once and you notice that,” Smith said, adding that it had gotten bad enough that the county can’t just pave over it.

Ward Road will close between U.S. Highway 20 and Bear Creek Road from Monday through Friday. Work includes pulverizing the existing road surface and mixing that material with the road base beneath it to create a new road base, then grading and paving on top of it, Smith said. Drivers should expect delays at the Bear Creek intersection and will not be able to go north on Ward Road from that intersection through Friday.

Work on the southern part of Ward Road will start Sept. 16 and end Sept. 27, closing Ward Road between Bear Creek Road and Stevens Road. Only local traffic will have access.

The entire project will take about four weeks, ending Oct. 11, and will cost $697,000 through a contract with 7 Peaks Paving, according to the county. The county asks drivers to avoid the area during the project, follow detours, slow down and heed traffic control devices.