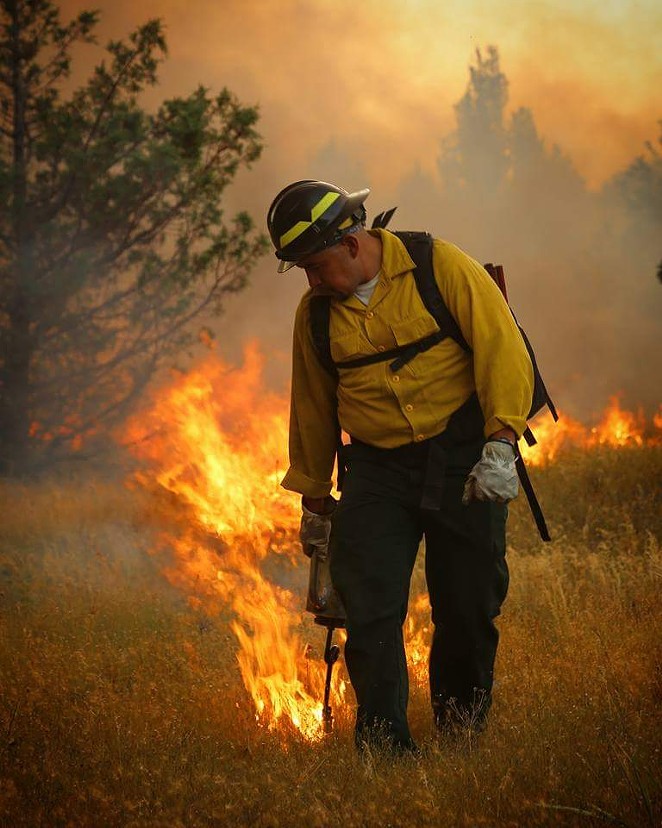 Rain, cooler temperatures and hard work by firefighters prevented the fire burning at Warm Springs Reservation, dubbed the Nena Spring Fire, from spreading on Sunday. Crews were able to safely access significant areas of un-contained perimeters, due to the colder and wetter conditions.

According to the Oregon State Fire Marshal, firefighters made progress around the southern edge of the recent growth of the fire into the Deschutes River Canyon. In some areas crews put in fire lines used "cold trailing" techniques. This evolves using bare hands to feel along the edge of the fire to assure that no heat remains.

Structure protection resources are making good progress around the communities of Simnasho, Mutton Mountain and Indian Head Canyon to assure that no more structures are lost.
With the change in weather and strong westerly winds on Sunday, air quality has also greatly improved in the region.

Firefighters will attempt to carefully burnout eastern areas near the perimeter, which may create more short-term smoke for the area.

As progress continues toward containment, some of the crews, engines and heavy equipment are being released from this incident and being made available for other fires in the region.

The S-300 Road and Highway 3 remain closed to non-residents to allow fire traffic to safely patrol the area.


Public schools open today. The public and fire personnel are being asked to please drive cautiously, especially on Hwy 3 between Warm Springs and the Kah-Nee-Tah Resort.