A bowl of hot soup or warm broth can take the chill out of a cold winter day. While grocery store shelves are usually stocked with an array of canned and boxed varieties, making a delicious broth for sipping or a stock as a base for other soups and recipes is something you can do while doing other things, such as working on your computer or doing the laundry. Once you get it going, you only have to check on it occasionally until it's done.

According to Food & Wine, the difference between stock and broth is minimal. A stock is to be made with bones in addition to a mirepoix, a mix of carrots, onions and celery. At its most basic, broth is simply any liquid that meat has been cooked in. A broth can also be made with just vegetables. While broth is something you sip, stock is typically used as a base in sauces and soups, providing body rather than flavor. 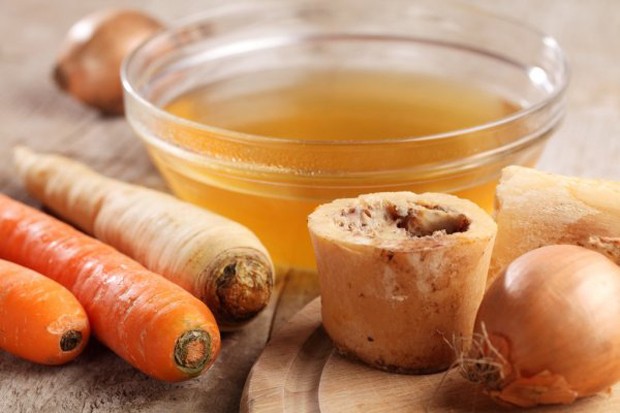 As author Sally Fallon Morell points out in her book, "Nourishing Broth: An Old-Fashioned Remedy for the Modern World," bone broth has rich dissolves of collagen, cartilage, bone and marrow which give the body the right stuff to rebuild and rejuvenate—stuff such as vitamins, minerals, amino acids and healing sugars.

"Deep in the center of bones is marrow, a creamy substance valued by our ancestors for its life-giving, reproduction-enhancing, and brain-building fat and cholesterol. As the seed of blood and stem cells, it's prized as a sacred, energizing, and regenerative food in native cultures all over the world," Morell writes. Of course, most are aware of the benefits of eating plenty of plants in our diet, too.

Whether you're going for bones or carrots or both, the basic technique is the same. Simmer veggie scraps or bones in water for a long, slow time (in the case of straight-up vegetable broth, it can be finished in one hour or less). 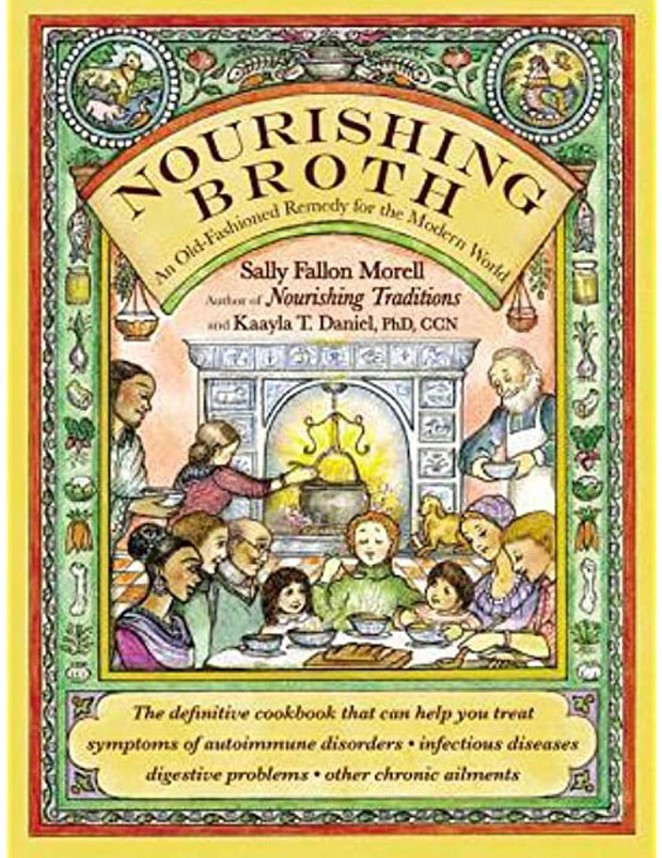 Sauté chopped veggies in a bit of oil or water to soften. Add salt, herbs, bay leaves and water to cover. Bring to almost boiling, then turn heat down to simmer for 45-60 minutes, longer if desired. Strain. Cool.

Roast bones on baking sheet in hot oven (400 degrees) for 30 minutes. Place bones and vegetables in big pot. Cover with water. Bring to an easy roll then immediately turn heat down. Simmer uncovered, skimming scum as it rises. Cook for 24-72 hours. Turn off overnight, turn back on to simmer next morning. During last 10 minutes of cooking, toss in fresh parsley for added flavor. Let broth cool before straining. Store in fridge up to one week or freezer up to six months.

Save daily vegetable scraps in a large bag in freezer. Once your bag is full, you'll have enough scraps to make a big pot of stock/broth.


The number one goal for bone broth/stock is to get it gelatinous, meaning it sets up in a solid gel if you put it in the fridge. Bones, such as knucklebones and chicken/pig feet with lots of cartilage help make the broth gelatinous. Include meaty bones, such as short ribs, to add flavor.

Water should just cover the bones.

Never overheat the broth/stock. A roiling boil will break down collagen fibers that won't coagulate when cooled. So heat over medium heat only until the liquid starts to "roll," then turn the heat down until it barely simmers.

Simmer with the lid off to prevent boiling and allow the gradual reduction of the stock and concentration of gelatin.

To avoid cloudiness, skim the scum that rises to the top as the liquid starts to cook and occasionally throughout cooking.

To freeze stock, only fill the container ¾ full.