...for people, fish, farms and other creatures of the High Desert

-Part of the forthcoming book, “Home Waters,” compiled by the Deschutes River Conservancy, debuting in March 2020

Visitors' first entry into the "Water World" of Central Oregon may involve floating the Deschutes River in Bend or Sunriver—but the reasons to love this element of Central Oregon go far beyond what one can discover from a flimsy tube. Step one: getting bodies into the rivers and lakes of the region to foster that sense of wonder and beauty that can lead to an increased interest in conservation. Step two: Translating that increased interest into action. 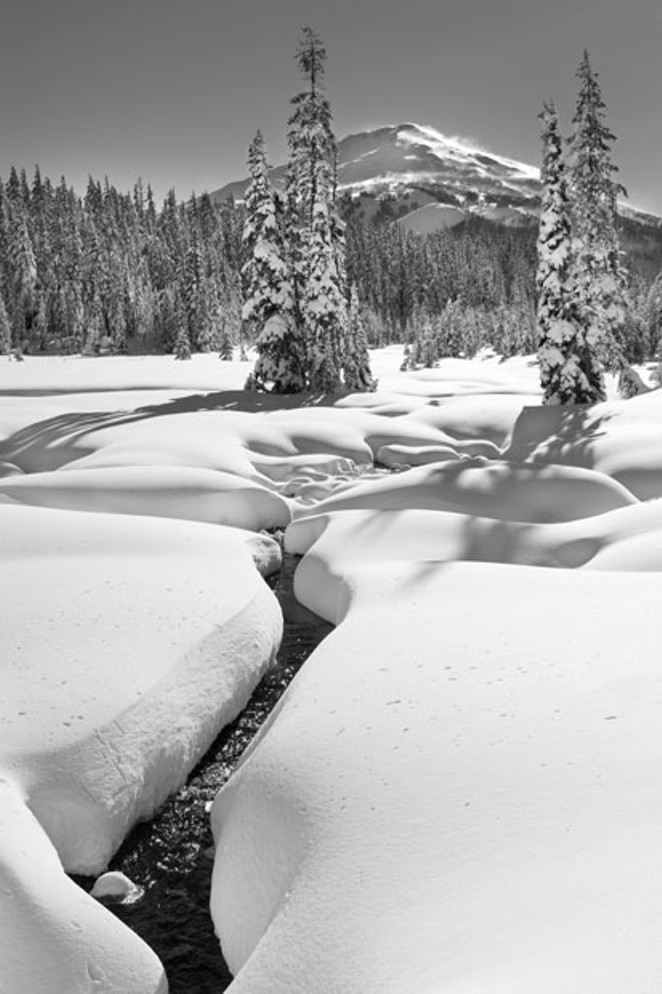 As is true for humans anywhere, water is life—but recent years have shown we can't take it for granted. Bend's water supply comes largely from Bridge Creek west of town. The City of Bend won a national award in 2018 for its efforts to be "WaterWise," including implementing a water leak detection system and regulating the days and times of day when people can irrigate their lawns. The City was also part of the Upper Deschutes Basin Study, aimed at planning for the water needs of the region in the coming decades.

That process highlighted what many in the conservation community already knew: The region's historic irrigation system—which directs water from Wickiup Reservoir on the Deschutes River (among other area rivers) to the many farms from here to the Columbia River, was taking more water than was healthy for fish, frogs and other creatures—and was leading to increased temperatures in the river. About 40 stakeholder groups, including the Deschutes River Conservancy, continue to come together to craft a new vision for the river, including the piping of irrigation canals, aimed at preventing irrigation water loss and ensuring there's ample water for the entities needing it.

As the Deschutes River Conservancy describes it on its website, "Over 100 years ago, federal and state policies encouraged the settlement of the high desert by facilitating access to land and irrigation water. In many cases, the state gave out more water rights than existed in the river during the dry summer months."

To foster that sense of wonder and beauty that can inspire people to action, the DRC is at work on a coffee table book, "Home Waters," celebrating the past, present and future of the Deschutes River.

"We are living in a place where many people have only recently moved here and don't have access to the wealth of stories and inspiration the Deschutes River and its tributaries have provided," wrote Marisa Hossick, communications director at DRC, of the reason for the book.

The book features the written and visual works of many Central Oregonians, including tribal members from the Confederated Tribes of Warm Springs, who share their belief that water was the first gift given to them by the Creator.

Another group involved in the Basin Study was the Coalition for the Deschutes, whose mission is "Working to restore the Deschutes River so fish, farms, and families can thrive." It, too, fosters that wonder around the river, including hosting its annual "Wild Rivers Night," featuring speakers whose work is centered around rivers.

The next Wild Rivers Night on Feb. 22 will feature Karen Bennet, who spent her career with the U.S. Forest Service—including on the Deschutes National Forest—who's now working to help save the Karnali River, Nepal's last free-flowing river, from being dammed for hydropower. Other presenters include Marina Richie, who writes for the National Wildlife Federation; Mason Lacy, a professional engineer largely focused on river restoration projects; Renee Patrick, Oregon Desert Trail coordinator for the Oregon Natural Desert Association; and Zachary Collier, owner/outfitter of Northwest Rafting Company.

Editor's note: The original version of this story had the poem titled as "Our Creek in Winter, Tumalo Creek," and identified it thusly in the photo as well. It is Todd Creek, not Tumalo. We regret the error.