We All Float | Film | Bend | The Source Weekly - Bend, Oregon

IT comes for the children 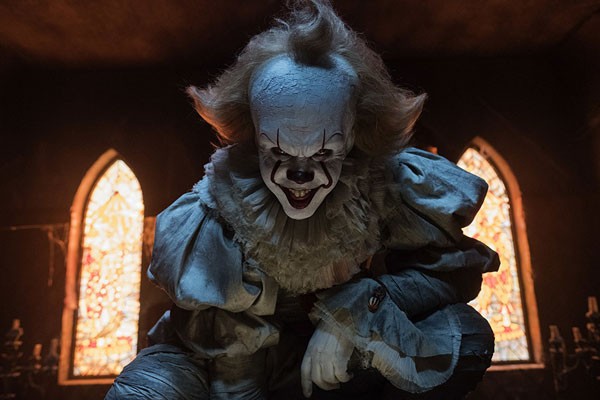 he first time I read Stephen King's "IT" I was 12 years old, which is basically the same age as the seven members of the self-proclaimed Losers Club. As a chunky nerd more comfortable reading a Stephen King book than running around on the playground, I connected to Ben Hanscom, the obese bookworm at the heart of "IT." Ben inspired me because he took the pain and fear of being bullied and wore it like a suit of armor against the painted face of a maniacally-laughing evil.

The story is somewhat basic: Seven middle school kids fight the personification of pure evil in a small town cannibalizing itself with its own worst impulses. Twenty-seven years later, after they have all drifted apart, the grownups must reunite to take on the darkness known as Pennywise the Dancing Clown.

It's a simple premise, but a powerful one. When Stephen King's novel of the same name came out in 1986, it revolutionized horror, allowing it to be accepted into the mainstream. While there were other bestselling horror novels before "IT," the worldwide popularity of that massive doorstop of a book allowed people to view the horror genre as something page-turning as well as literary.

The television mini-series adaptation is remembered fondly, because you were either a kid when you saw it for the first time or you remember how great Tim Curry was as Pennywise. Hot take: "IT" hasn't held up very well. Some of the performances are downright embarrassing and it's not quite as scary as it was when we were kids (although Curry is still great).

The new version of "IT" isn't very scary, either, but it's a funhouse ride of thrills and chills all the same.

he constant explosion of creepy imagery and loud noises are so omnipresent that the film never builds up enough tension to become unnerving or even frightening. But that's fine, since everything else works so perfectly from the cast to the tone and back around to the brilliant structural decision to only tell the story of the kids (leaving the chunk of the novel about the adults for the inevitable sequel in a few years).

"IT" is so much fun and filled with such delightfully memorable grotesqueries that it doesn't need to be a nightmare inducer. If I had a 10-year-old, I would absolutely take them to see this—not because I love scaring children, but because maybe it would inspire them to find some of the courage these kids have to not only fight a monster, but to follow pure evil into its own lair. The members of The Losers Club are all victims of very real bullies, leaving them with the universal truth that human monsters will always be scarier than clowns with shark teeth.

That's not to say that Bill Skarsgård isn't great as Pennywise, because he truly finds the rotten core of the demon. He never copies Curry for a second, creating something much more frightening with his vocal patterns and movement. We never believe IT is truly a clown; instead something alien and unknowable shuffling in the dark, whose motivations don't go deeper than wanting to salt the meat of children with their own fear and pain.

"IT" has more going on than just being a spook-a-blast carnival attraction. It's a coming-of-age story along the lines of "Stand By Me," mixed with the alienation of "The Breakfast Club" and the '80s nostalgia factor of "Stranger Things" (which was itself an homage to "IT").

I'm now at the age of the grown-up versions of the kids when they faced down Pennywise for the second time. I might not have gained the courage of Ben or the wisdom of Bill (instead I seem to have inherited the frailty of Eddie mixed with the smart-assery of Richie) but I still have time to fight my own clowns. Beep-Beep everyone, the monsters are real. Don't be afraid.