We Can Dismantle Systems, as We Work Within Them, Too | Editorial | Bend | The Source Weekly - Bend, Oregon

We Can Dismantle Systems, as We Work Within Them, Too

As some recent cases show, the systems, too, can be used to move society in a more just direction.

There's been a lot of talk lately about "dismantling systems." While taking a deep look at our public systems and rooting out areas of discrimination or outright racism is indeed part of an effort toward meaningful social change, there's also something to be said for changing society by working within the systems, as well.

Case in point: Deschutes County District Attorney John Hummel's string of prosecutions centered around recent protests, as well as several incidents where purported "vigilante justice" went wrong. Over the past several weeks, the DA has elected to charge a Bend man for an alleged incident of racial bias outside the Red Robin in the Old Mill. He's also filed charges against a driver who allegedly revved his truck near Black Lives Matter protesters, in a "rolling coal" incident. He also charged another local man with harsher crimes following another incident at a BLM protest, in which the man allegedly pulled a gun on a protester during an altercation. Another man faces charges for allegedly driving his car into protesters. And on Monday, the DA's office announced the charge of harassment against a Fred Meyer employee who allegedly roughed up a Trump supporter who was arguing with another customer. 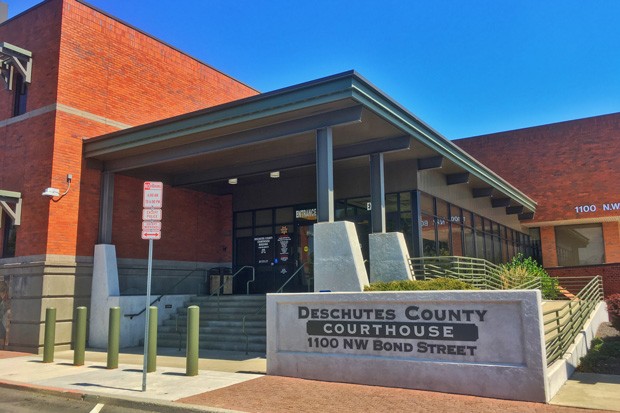 We are witnessing a turning in society, to a time when these incidents—which may have been brushed off as something not worth reporting previously—are no longer tolerated. They are being reported to the police, who in turn are referring them to the District Attorney for prosecution. Does this mean we are beginning to see more racism, retaliation and outright intolerance in our community? Maybe not—but it does mean that we are seeing more and more people turn to the systems we have vowed to dismantle to help out.

As DA Hummel told the Source, "I don't think we have more bias crimes in Deschutes County. Before though, victims didn't feel comfortable reporting them," adding that perhaps before the Black Lives Matter protests exploded onto the scene, people of color might have felt like they were alone and didn't see the point of coming forward to report matters. Hummel gave "a lot of credit" to the Bend Police Department for investigating these recent incidents and referring them to him. From his perspective, seeing police take these allegations seriously is a reflection of the values of our community. It's also an example of how our public systems can indeed work for the greater good.

"We need to show the public that we take these allegations seriously," Hummel said. "It says a lot—a lot of the focus of protesters is on police, and saying police are not doing their job."

None of the prosecutions mentioned here are serious crimes, but by moving forward with these cases, the DA is setting an example of how people should treat one another. The fact that the DA is prosecuting a case against a person accused of harming a Trump supporter shows that these are not philosophical or political maneuvers, but rather, that hate crimes will not be tolerated, period.

American society still has much to learn and much work to do to dismantle the systems that unfairly and unjustly target people of color and arrest and incarcerate them at higher rates than their white peers. But as these recent cases show, the systems, too, can be used to move society in a more just direction—and to root out intolerance that shows up in the form of violence, no matter who's being intolerant against whom.