We Could Be Heroes | The Source Weekly - Bend, Oregon

We Could Be Heroes

"Glass" finds the extraordinary in the ordinary

I'm not sure there will be a weirder studio movie this year than M. Night Shyamalan's "Glass." One viewing doesn't seem like remotely enough to get to the bottom of the deeply strange little movie that acts as a sequel to not only 2016's surprise hit "Split," but also 2000's financial failure "Unbreakable." Not too many movies try to create a franchise out of two disparate movies, but no one has ever accused Shyamalan of lacking ambition. 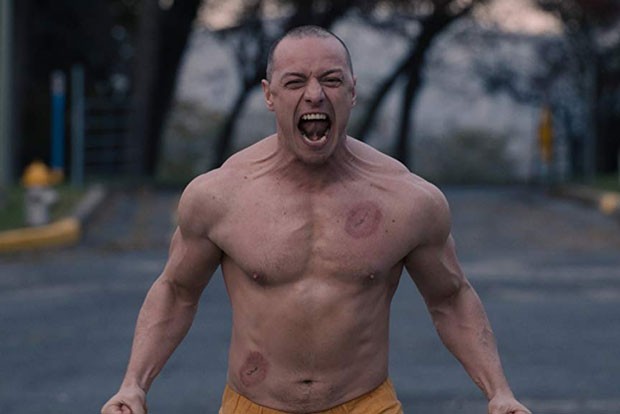 James McAvoy reprises his role from "Split" as Kevin Wendell Crumb, also known as "The Horde." He suffers from dissociative identity disorder and is balancing close to two dozen personalities in his head, all competing for control. Several personalities are helping manifest a new being called "The Beast," who eats people, has super strength, can climb up walls and looks like a swole James McAvoy.

Sarah Paulson rounds out the cast as Dr. Staple, the head doctor of a mental institution who primarily treats people who think they're superheroes and villains. When Dunn, Mr. Glass and The Horde are all brought together at her asylum, Staple attempts to cure them of what she feels is a dangerous delusion.

Probably the most impressive thing about this trilogy is how Shyamalan has structured the entire thing. "Unbreakable" is the origin story of a reluctant superhero, while "Split" is the tragic origin story of a serial killer/super villain. Following comic book logic, that means "Glass" should be the climactic showdown between the two characters which, on one level, it is, but primarily it's a chance for Shyamalan to deconstruct the comic book movie in an age in which superheroes are a billion-dollar industry.

"Glass" is a comic book movie that sets up its own interesting rules about heroes and villains while also building a universe that dozens of new stories can be set inside. The film feels like the tip of the iceberg floating above whatever larger story Shyamalan has brewing.

People laugh about how the third act of Marvel movies usually ends with the superheroes fighting some CGI armada while trying to stop some beam of energy shooting up into the heavens. Shyamalan knows this complaint and structures "Glass" to be the opposite of what modern audiences are used to. Almost the entire movie takes place in a single location.The big action-packed finale is set in a non-nondescript parking lot, mostly involving therapy and moderated conversations.

"Glass" has a twist ending, as do most films by Shyamalan, but this one is actually in service of the story. As weird and flawed and wonderful and delirious as "Glass" is, I would watch a dozen more movies set in the universe Shyamalan has crafted here, one in which heroes are regular people (who look like Bruce Willis) and the villains are genius-level comic book nerds. The comic book movie genre is so thoroughly deconstructed here, it will be interesting to see if future superhero movies will learn any lessons or if everything will go back to business as usual.