We Tried All of the Dandy's Shakes So You Don't Have To | Chow | Bend | The Source Weekly - Bend, Oregon

When quarantine sent us all home last year, my husband Ian and I decided our one outing each week would be Friday night dinner at Dandy's Drive-In. Ian grew up in Sisters and I'm from Prineville and Dandy's is our 1970s comfort food. It's also the perfect spot during a global pandemic because you're in an airtight car and only need to roll the window down far enough to let the food in. 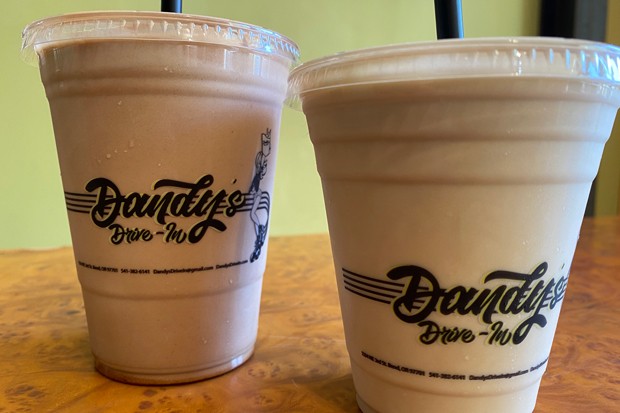 After months of staring up at the milkshakes menu board, I had a brilliant pandemic idea.

"I know," I said a little too excitedly to Ian. "Let's try ALL of the Dandy's shakes!"

Ian agreed. "Why not? What else are we doing?" he said.

Week after week, we made our way through the board. On our drive there, we made predictions on who would like that night's shake more. We took each tasting seriously, sipping the shakes before eating, slurping them between burger and onion ring bites, enjoying them as dessert. We discussed the pros and cons. Phones were left at home. It was a touchstone event each week during the most bizarre year of our lives. Thank you, Dandy's. You are even dearer to us now than before.

Vanilla, Chocolate: We knew these standards were good already and we were happy to start with them. We'll keep coming back to the old reliables. I give the edge to vanilla; Ian to chocolate.

Strawberry: It was a good shake in the off-season, and it's a great shake when you can get it with fresh strawberries in late spring/early summer.

Cherry: Only order if you are truly a cherry person.

Blueberry, Blackberry: We liked blackberry better than blueberry. But raspberry the most.

Caramel: Like most Americans, I love anything caramel. This was one of my favorites. 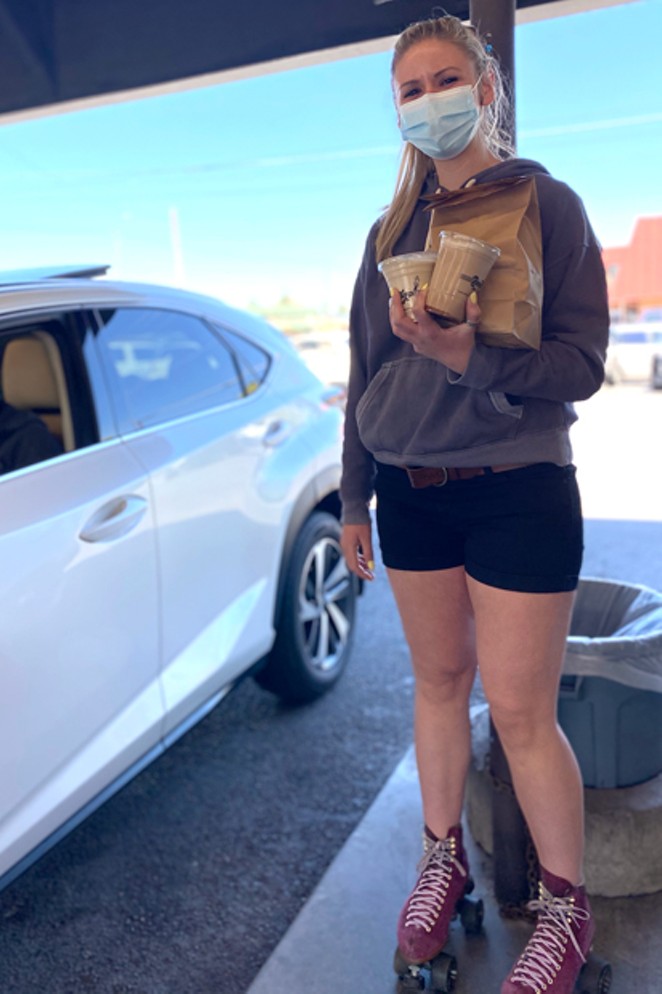 Butterscotch: You forget about butterscotch because you stop at the caramel option right above it, but butterscotch was awesome, too. Felt almost umami. In the top for both of us.

Coffee: Ian is a truck driver and weirdly hates coffee. Even weirder, he loved this milkshake.

Mocha: Get the coffee.

Oreo: We both thought we were going to love this one, but the Oreo pieces are too small.

Pineapple: We both thought we were going to hate this one – and we loved it. Never bet against island drinks.

Marshmallow: One of my surprise favorites! It kinda has a toasted s'mores vibe – which I said about 10 times to Ian.

Orange: We were excited to try this one because we thought it was going to taste like a creamsicle. It doesn't really – but Ian liked it anyway.

Peanut Butter: Our carhop told us this is a popular flavor. It must be a Gen Z thing.

Root Beer: We thought we would like it because of root beer floats. Guess what? We did!

Raspberry: If you want a fruit shake other than the strawberry, get the raspberry – high marks from both of us.

Mint: We figured out late in the game that people mix flavors! This must be a mixer.

Cake Batter: It comes with sprinkles! Order it on your birthday!

Related Go Old School: For you newcomers, here's how to eat like you're in vintage Bend

Go Old School
For you newcomers, here's how to eat like you're in vintage Bend
By Lisa Sipe
Restaurant Guide