We Wanted Records on the Biggest Users of Water in Bend. One Major Supplier Sued Us Instead. | Editorial | Bend | The Source Weekly - Bend, Oregon

We Wanted Records on the Biggest Users of Water in Bend. One Major Supplier Sued Us Instead.

This week, at least one Oregon media outlet reported on our efforts to obtain records about the top residential water users in Bend, and how Avion Water is blocking that effort in court. Last month, we made public records requests to the City of Bend, the City of Redmond and Avion, asking for information about the top users in each water district. Avion believes it is not the functional equivalent of a public body and thus does not have to supply those records. Under Oregon's public records law, public bodies and those acting as one must comply with public records requests. 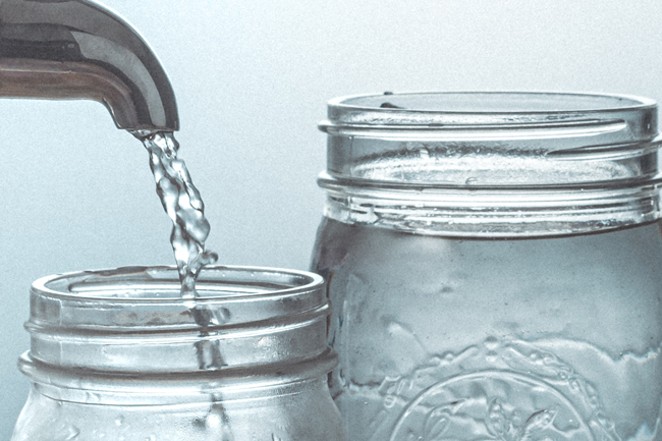 When our request was denied, our team appealed to Deschutes County District Attorney John Hummel, who decided in favor of the Source Weekly and ordered Avion to give over the records. Instead, Avion is seeking relief in Deschutes County court.

Avion, as Hummel pointed out in his decision, supplies water to some 8,000 households in Deschutes County and has a franchise agreement with the City of Bend to supply water to new developments that crop up along the east and south sides of town. While it's a private company, we believe, as does Hummel, that its contract with the City, its oversight by the Oregon Public Utilities Commission and the fact that water is a precious resource in a high desert region mean that its usage records should be available to the public. The city governments of Bend and Redmond complied with our request easily. So why should a private company supplying a basic resource to a large portion of Bend—which also has a contract to supply water to the many more homes that will be built in future years—have the right to deny public oversight of this basic information?

In regard to this matter, the Source Weekly is now represented by the Reporters Committee for the Freedom of the Press—the same legal resource that is representing The Oregonian newspaper in its battle with the City of the Dalles. There, reporters wanted to know how much water will be used by the data centers being built by Google. Instead of giving up that information, the City of the Dalles is fighting The Oregonian in court, as per the prescribed process to fight a records request in Oregon. Battles like these stand to drain the resources of media outlets whose primary purpose is to keep the public informed about issues that are meaningful to their lives. In spite of our month of rain, this region is still plagued by drought, and who uses the region's water and how much they use, we believe, is of utmost interest to everyone.

As Bend continues to grow, Avion will continue to grow, too. More homes will be built. More homeowners will pay Avion to supply their water. More water will be drawn from the local aquifers to supply it. A larger and larger proportion of Bend's residential water will be supplied by an entity that currently is fighting any obligation to provide usage information to the general public. We believe the public has a right to transparency when it comes to water.

For the Source Weekly, what started out as a basic records request has evolved into an inquiry about oversight for this community's most precious and basic of resources. We take our responsibility to readers and the community in this matter seriously. We are thankful that this issue attracted other likeminded organizations such as the Reporters Committee for the Freedom of the Press. Together we are confident that Central Oregon will continue to have access to vital information, so that collectively we can make good decisions about the resource use that shapes our lives.