A case for Oregon supply projections being overblown

The biggest story about Oregon cannabis this year has been just how much of it we have—by most accounts, a six-year supply. Much like a six-year-old joint, this story caught fire quickly and burned hot. 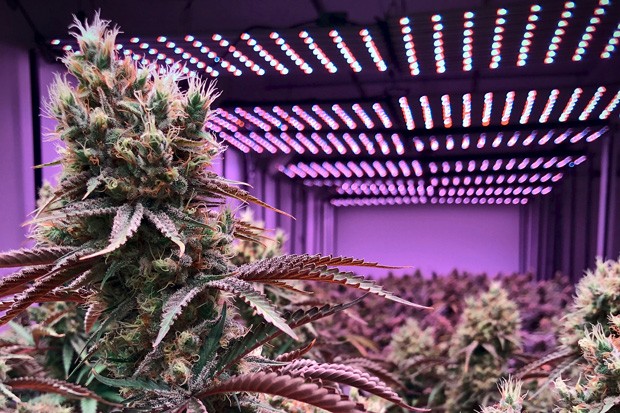 The Oregon Liquor Control Commission made that claim at the end of January. It was viewed with dubious skepticism amongst some in the industry, myself included. But we, the doubting Thomases, may be validated by a new report from Bay Area-based Confident Cannabis, an educational and wholesale platform available to Oregonians. CC thought the numbers were somewhat questionable, and earlier this summer, said they believed the supply was actually in danger of running low in some sectors of the markets.

I spoke with Brad Bogus, VP of marketing and growth, about why he believed the OLCC was incorrect in its assessment.

"The OLCC admits to taking the most straightforward approach to calculating supply, which is to try and convert all the different products out there into 'units of THC.' In other words, it's a way to make all the different things the same so that you can make a straightforward calculation of supply. METRC, the state's source of truth on product inventory and ownership [the software system which manages how much cannabis is grown, bought and sold], can't just spit out a singular inventory total; everything is tracked differently. Concentrates are in grams, flower is in pounds, and then you have edibles sold in packages or units—same with topicals."

Bogus explained that each is different, and their respective amounts are calculated differently. But, as Bogus said, the OLCC attempted to equalize them into THC units and calculate the total.

"You can't pull the current METRC supply from the system as a singular metric. Data modeling needs to be applied. But they're a regulatory body... and optimized for straightforward, which traded in on accurate."

There's the matter of the weed trapped in limbo, even though it didn't do anything wrong, as though the weed itself is in jail.

Lending support to the idea the oversupply is over? Prices have begun to rise. tweet this

"When a farm cures their harvest, they may use a storage company to hold that product for them until it's sold. These storage facilities are METRC licensed, and farms have to officially transfer that inventory within the system to the storage companies," said Bogus.

"But if that farm goes out of business, their inventory is stuck in storage. Storage companies with storage licenses aren't permitted to sell cannabis they have in stock, because it's assigned to the original licensee." Bogus said CC has spoken to storage companies stuck with hundreds of pounds, all of which are calculated into the OLCC totals.

He adds that the press overlooked the OLCC's own summary statement that the oversupply was theoretical. True. The statement read: "As of January 1, 2019, the recreational market has 6.5 years' worth of theoretical supply in licensees' inventory accounted for..."

Bogus is bothered by all the "ifs," such as "if all currently pending Producer applications were approved, estimated production would increase to nearly 4,000 metric tons of wet weight," and "if" supply continues to increase, and "if" more licenses are pushed through that cultivate at the average, and "if" converting supply to wet weight tonnage is in any way accurate, then "theoretically" there is 6.5 years of supply.

Lending support to the idea the oversupply is over? Prices have begun to rise. Marijuana Business Daily cites analysis tracking the price of wholesale cannabis in Washington, Colorado, and Oregon. Since April, wholesale cannabis prices have risen 100%. Marijuana Business Daily posits reasons for the increase, such as growers changing to hemp, going out of business and an unexpected "stronger demand and weaker supply beyond the typical summer economic dynamics."

Though scarce, $65 ounces remain available. But budget buyers, fear not! Croptober is just around the corner! Sungrown goodness for the win. Whether Oregon has an oversupply of cannibis depends on who you talk to.