Yet another reason to love where we live: The weird stuff among us. 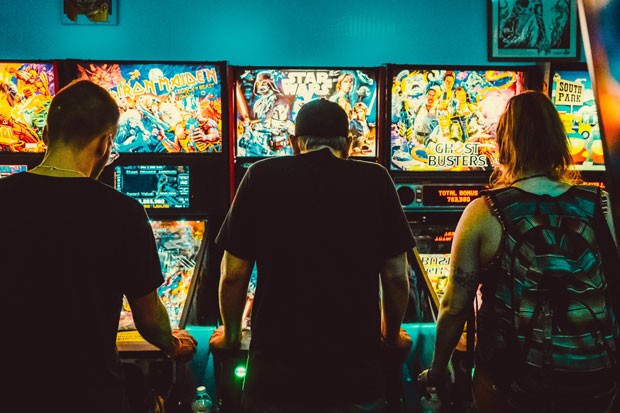 -Portland is home to more strip clubs per capita than any other city—even Las Vegas. An article published in Willamette Week in 2015 reported that fact. Tampa, Florida, rang in second.

• Over the years, Oregonians have witnessed many seemingly unnecessary laws going into effect. Women are banned from wrestling in Salem. It is illegal to eat a donut while walking backwards on any sidewalk in Marion County. Ranker.com suggests that none of these laws have been overturned, though finding evidence of their existence isn't easy. For now, err on the side of caution and don't whistle underwater while in Portland, and avoid boxing with a kangaroo when visiting Myrtle Creek.

• Oregon loves llamas. So much, in fact, that we own over one-fourth of the nation's total llama population. According to the International Llama Registry, Oregon had 2,125 llama owners as of Feb. 3 (most of them in Tumalo, of course...) Texas currently has 2,095.

• There are currently 80 ghost towns listed in Oregon. The National Register of Historic Places confirms that a wide array of abandoned logging and mining towns leads us to reign supreme as the ghost capital of the nation.

• We are the only state with an official state nut. In 1989, the hazelnut was deemed the official state nut, according to Chapter 186 in the Oregon Legislature. We also grow over 99% of the nation's total hazelnut crop - as confirmed by the United States Department of Agriculture. Some other interesting "Official Designations" include brewer's yeast as the state microbe, milk as the state beverage and Dungeness crab as the state crustacean.

• Oregon loves wine. Oregon had more than 760 vineyards in 2017, according to the 2017 Oregon Vineyard and Winery Report. Not only do we like to drink wine, we like to write about it. The 2018-19 report suggested an average of 44 articles on Oregon wines written per day.

• In 1949 Dorothy McCullough, Oregon's first female mayor, was elected in Portland. Her first order of business? Banning all pinball machines. According to PinballMap.com, Portland now has more pinball machines than Los Angeles, Chicago and New York. The once pinball-free city is now home to 756 machines in 322 venues—up from 343 machines in 2010.

• Oregon ranks sixth for the nation's most Bigfoot sightings. The Bigfoot Field Researchers Organization lists Oregon as having 253 reported sightings. Deschutes County has 16, and Clackamas County boasts the most sightings with 27.