Well To Do | The Source Weekly - Bend, Oregon

As groundwater supply shrinks, Deschutes County is offering $2,000 to people who've had to repair or replace wells

There are 17,000 private wells in Deschutes County serving nearly 35,000 people, but as Central Oregon faces its worst drought on record, wells have been drying up. A declining snowpack, according to the U.S. Geological Survey, and more piping and lining of irrigation canals, speculated by Oregon Water Resource Department officials, have contributed to depleted sources of groundwater — water flowing in underground aquifers pulled up by wells. As of May 18, Oregon Water Resource Department's regional watermaster Jeremy Giffin had received 33 complaints of wells drying up in 2022.

A loan and grant program from Deschutes County and NeighborImpact could get Deschutes County residents up to $2,000 for domestic well repairs or replacements. The funding for the program comes from Senate Bill 5561, a budget reconciliation bill that provides money to low-income tenants for emergency rental assistance as well as $100 million for drought protection. 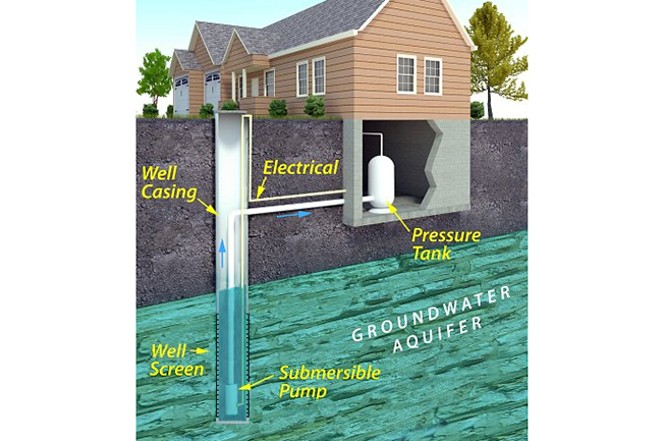 "Today's accomplishment will ensure Oregonians from across the state, in rural, suburban, and urban communities alike, will all benefit from the protections we will extend during the special session," said Senate Majority Leader Rob Wagner (D-Lake Oswego) in a press release after the bill passed in December 2021.

Deschutes County is getting $396,000 of that $100 million and distributing it through NeighborImpact's Home Preservation Loan Program. The broader program grants up to $50,000 in low-interest loans for home improvements to Central Oregon homeowners making at or below the area median income — though well rebates don't have an income requirement. Rebates are only available for people who've replaced or repaired their wells after Jan. 1, 2021, with proof of costs incurred.

“As groundwater levels decline, we continue to see an increased demand for domestic water assistance across the County.”—Phil Chang tweet this

"As groundwater levels decline, we continue to see an increased demand for domestic water assistance across the County," said Deschutes County Commissioner Phil Chang in a press release. "We're grateful that these funds are available to assist residents who are experiencing issues."

Drilling companies typically charge by the foot, and new wells with pumps can become extremely costly. Andy High, the owner of Thompson Pump & Irrigation told the Source in July the average cost of a new well with pumps is about $50,000. Wells in Central Oregon can be as deep as 800 feet, though some only need to dig a couple hundred feet below ground.

The program is first-come first-serve, and will continue until the funding is depleted. Applications are available on NeighborImpact's website.

"As groundwater levels decline, we continue to see an increased demand for domestic water assistance across the County."