We're Here, We're Beer, Get Used To It

The definition of "dive bar" varies immensely depending on who you ask, though there are certain components of every classic dive that remain rather consistent. A 2010 issue of Playboy Magazine defined a dive bar as, "A church for down-and-outers and those who romanticize them, a rare place where high and low rub elbows—bums and poets, thieves and slumming celebrities. It's a place that wears its history proudly."

While you aren't likely to find many "slumming celebrities" in long-standing local haunts, you're likely to find an impressive—and affordable— selection of local and domestic brews. 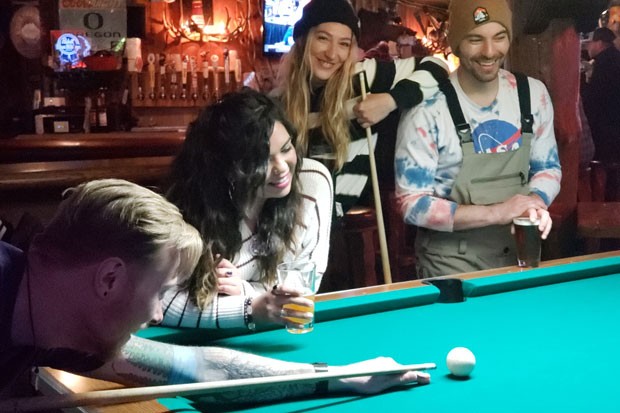 Half of the offered beers are locally brewed, and taps rotate twice a week. Patrons can request that specific beers be included in the rotation. On Saturdays the bar offers micro drafts for $3.50, and on Sundays domestic drafts go for $3 and micro drafts for $4.

Established in 1928, this is the epitome of a classic, hole-in-the-wall dive, complete with video lottery games in the back, two pool tables and great company. 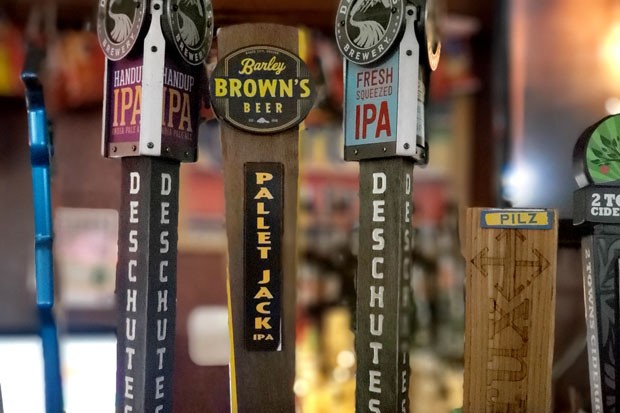 Michelle Mora, a longtime Westside patron, explained why she chooses to frequent this dive: "I've always felt super comfortable coming to Westside, it's unpretentious. I feel like I've been a regular since the moment I first walked in the door," she said. "There's a great sense of community and you can honestly just come as you are." The prices don't hurt, either. "I mean, wine is under $4," she added.

While Westside doesn't have an epic amount of beer on draft, it offers rotating local ciders and seasonal beers from Deschutes Brewery. You can also take beer to go—single cans, or a six pack.

This pub-dive hybrid is known for hosting pool leagues five nights a week and offering an extensive selection of local brews. "Most of the beers on tap are local, other than the staple domestics," said bartender Chance Ferguson. "We rotate three beers frequently and try to take as many requests as we can."


Happy hour takes place seven days a week from 4-7pm, and features $4.25 micros, $3.25 domestics and well drinks for $4.25. The food menu is also impressive and extensive, complete with a dive must-have: tater tots.

"I think the definition of a dive bar is really just a cool, mellow place to hang out with your buddies," Ferguson said. "A place with a neighborly feel and no formal dress code."

JC's Bar and Grill - The giant board games might bring you there, but the epic beer specials will keep you there. 16 rotating beers on draft and $1 Pub Beer, Coors Light and PBR on Thursday nights. Yes. $1.


Hardtails Bar & Grill - Known for being a "biker bar" once frequented by none other than Tonya Harding, this Sisters staple is a "local watering hole" if I've ever seen one. The bar has a full selection of microbrews on tap as well as an extensive bottled beer collection. The beer is served chilled by a new glycol system that delivers brews to the glass at 32 degrees, every dang time.

D&D Bar & Grill - The oldest bar in Bend, the D&D is proud of its dive bar reputation. The bar was also voted Best Hangover Spot in 2019 in our Best of Central Oregon readers' poll, thanks to its comprehensive menu of greasy spoon fare. We love this bar. 'Nuff said.