We're Watching You ▶ [with video]

Officers in the Redmond Police Department have been recording themselves for 20 years.

Before the City of Redmond bought body cameras for the police in 2017, the officers recorded videos and audio on CDs and VHS. Today, the officers' body cameras are made by WatchGuard and sync with their dashboard cameras through WiFi. 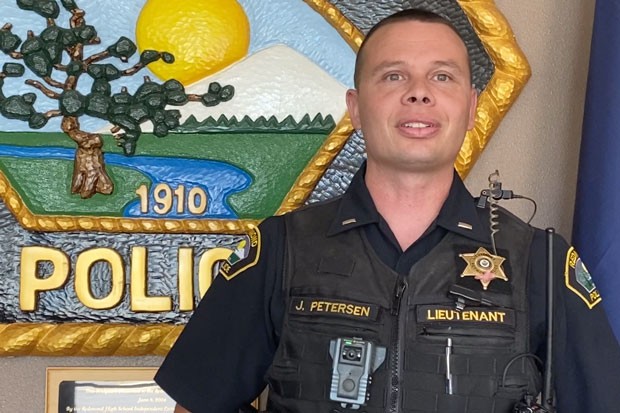 While the Deschutes County Sheriff's Office says it needs a year of research and development to find the best brand of cameras, the Redmond PD has come up with a body camera program that is simple and second nature.

"This department has always been really progressive with IT [information technology], so we've taken that and just continued forward," said Jesse Petersen of the RPD. "It was an easy transition for us. As a department we believed implementing cameras would increase transparency and accountability between the police and the community [we] serve."

The Redmond Police Association, the union representing Redmond officers, was on board from the beginning and helped the department come up with guidelines and best practices. In other parts of the U.S., police unions have resisted body cameras, according to Vox, since the footage can be used to incriminate officers in cases of misconduct, unnecessary force and police shootings.

After police arrest and charge a suspect, they write a case report and send it to the district attorney. They may also be called to testify in court. Without video or audio recordings of the incident, it is the officer's word against the suspect. Judges tend to believe police officers over suspects in most court cases, said Joel Wirtz, co-executive director of the Deschutes Defenders, a nonprofit public defense agency.

"You get context from a video," Wirtz told the Source. "The police have a perspective; they want to prosecute. In the police report, a lot of things that could... lead to my client's innocence don't show up, because I'm not seeing it [on video] right now... You don't know what you don't know."

In the case of the Redmond Police Department, the officers are allowed to view footage before writing up their case reports. The video goes along with the report to the Deschutes County DA's office. The footage helps the prosecutors make decisions about the suspect.

Deschutes County DA John Hummel is also in favor of body cameras. "The vast majority of the time, officers get it right, and the camera will help them. Sometimes, they get it wrong," Hummel said during a press conference earlier this month. "It's our criminal justice system, and we have the right to know what is happening."

Petersen of the Redmond PD wouldn't say whether the cameras reduced the number of claims of officer misconduct from people in the community, but RPD's reports of use of force have gone up since the cameras were instituted. Petersen said this is because the department has brought on more officers in recent years.

The ratio between the number of overall contacts the officers make with people in the community and the times they use force is 200 to 1 (less than .5% of the time). Redmond PD used force to make arrests around 2.5% of the time. In comparison, the Bend PD used force during .07% of total contacts and 1.7% of the time while making arrests. In both departments, use of force incidents are documented and then rise through the chain of command to the chief of police, who takes a final look to make sure the officers are complying with local, federal and state laws.

The footage can also be used to protect police from false accusations, a factor that could save cities money in the long run. A 2018 study of the Phoenix Police Department before and after it instituted body cameras demonstrated that total lawsuits decreased by 37%. The number of lawsuits requiring the city to pay damages decreased by 58%. 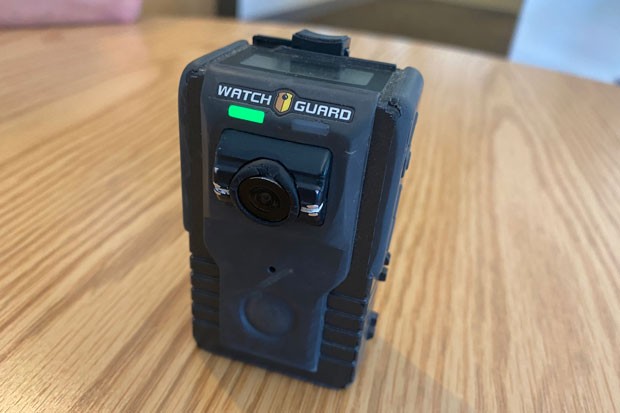 A 2002 survey of state officers by the U.S. Department of Justice found that in cases where dash camera footage was used in a misconduct complaint, the officer was exonerated 93% of the time.

"The benefit of [the cameras] is the transparency," Petersen said. "The body camera is just one tool in our tool box in order to do a complete and thorough investigation. If we do have someone who makes a complaint on a police officer, we use interviews, independent witnesses, the video cameras, the body cameras, the audio recordings... these are all useful for us to paint a picture of what happened so that we can take appropriate action.... If we haven't done anything [wrong] it is very easy for us to be able to show that."

Petersen said the department uses the footage for training purposes on a weekly basis to re-evaluate performance. Most officers have also been trained in conflict de-escalation and emotional intelligence and they have completed Crisis Intervention Trainings, he said.

Over the past 20 years, Petersen estimates the department has invested over $100,000 in various recording systems and storage. Each new set of cameras costs $7,900, and the department budgets an extra $5,000 a year for replacements and parts. RPD's total budget every year is $10 million. A "set" includes a dashboard camera for the patrol cars as well as a synced body-worn device. The footage downloads onto the department's hard drive through WiFi as soon as the officers pull up to the station.

The City of Redmond IT department provides all storage, retrieval and cyber security for the footage. Redmond PD's forensic experts must edit the videos to blur out faces and other identifying information when someone requests the video, which also costs time and money. These final technical details were deal breakers for the Bend Police Department back in 2013 when it first budgeted $100,000 to start a camera program. The BPD will add body cameras this year, while the Deschutes County Sheriff's Office will use the next year to do research and development on cameras.