We've All Sacrificed. Now's the Time to Set a Course for Oregon's Live-Event Industry.

During an isolating year when many of us have described ourselves as being lanky saplings in need of a good dose of water, it is the memory of better days ahead that have kept us going

When people think of Oregon, among the first things that come to mind—along with our mountains, waters and trees—is the cultural wealth our state provides. From festivals such as Oregon Shakespeare in Ashland, to Pickathon near Portland, to concert venues such as McMenamins' Edgefield in Troutdale, or the Les Schwab Amphitheater in Bend, chances are, as an Oregonian, you've traveled to one of these landmark venues and have made lasting memories.

During an isolating year when many of us have described ourselves as being lanky saplings in need of a good dose of water, it is the memory of better days ahead that have kept us going. Our local, state and federal governments have asked us to stay home, wear masks and even shutter some of our businesses, all for the promise of those better days to come. Recently, we've also, in large numbers, signed on to get a vaccine that didn't even exist a year ago. 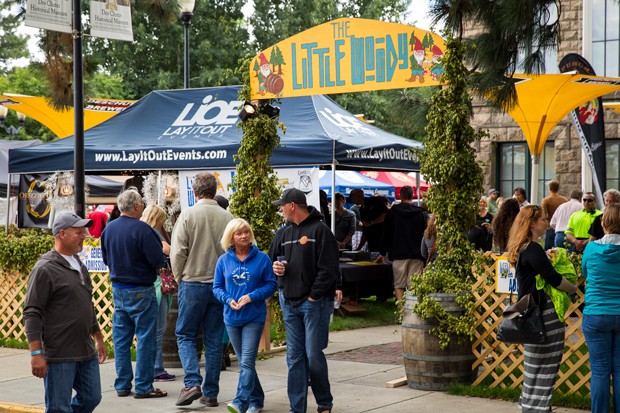 By and large, most of us have complied, thinking that if we do all of those things, we'll prevent our hospitals from becoming overwhelmed, we'll manage to keep Oregon's death rate down, and one day soon, we'll see more normalcy return. Here in Deschutes County, we've done that exceptionally well and have exceeded the vaccination rate even of other counties in the state.

All along, authorities have dangled the carrot of 'better days to come'—of the return of our beloved cultural and social gatherings, of the reunification of families and the restoration of Oregon small business—as the motivation to keep sticking things out. As it stands now, our local hospital is not overwhelmed. Our death rate has plummeted. Kids are back in school full time, without any massive calamity.

With that in mind, you might imagine the great frustration currently being experienced by Oregon's live-event producers, who have to contend not just with the goalpost-moving experienced by the rest of the state, but also, for their industry in particular, having no goalposts at all. At this point, there is no plan forthcoming from the Governor's office as to when and how live-event productions can resume in Oregon—even as states such as Colorado move forward with concerts at big outdoor venues like Red Rocks, where they're currently planning for shows for 2,500 or fewer this season. California announced this week it would likely end its restrictions by June 15.

Meanwhile, this past week, live-event producers met with representatives from Gov. Kate Brown's office, hoping to work with state leadership to craft a reopening plan for the summer. As the Centers for Disease Control and Prevention has stated, reopenings run smoother when the industry in question gets to give input.

The group, which included representatives from the Les Schwab Amphitheater and others in Bend, said they were dismayed to find that not only was the governor's office not interested in working with them, but that there was no reopening strategy yet in place. In a world where everyone is looking at each goalpost in hopes of a future of normalcy, there are no goalposts for that industry.

"Members of the group signed a letter to the Governor advocating for a sensible strategy for reopening prior to the March 31 meeting. The Governor's team has not responded to this letter, nor was it addressed in the March 31 meeting. Questions submitted by attendees of the meeting addressed the development of benchmarks that can be used to design a path to reopening. Meeting participants were told that there was no strategy, and that the Governor would not be pursuing any input from the industry," reads a press release from the group.

Members of Oregon's events industry know—as they mention in their press release—that they would be among the last to reopen. All this year they have known theirs, a "non-essential" industry, would take massive hits, but that by seeing the public follow guidelines, there would one day be an end.

But if they have no idea of how and under what conditions they can reopen, it will undoubtedly lead to fewer people chasing the carrot. In other words, if more of us no longer believe that following guidelines will lead us to the cherished outcome, then it's highly likely that more of us will stop following guidelines.

Oregon's live-event producers attended a meeting this month in good faith, ready to work with our state government to chart a path forward for their industry. It is critical for the health of Oregon's economy for there to be one—and critical for the spiritual health of Oregon's people to know that that path will someday lead back to the gatherings which make life worth living.

The Source Weekly's sister company, Lay It Out Events, is also a live-event producer.