What a Long Strange Trip

"Be sure to hide the roaches." —"Pre-Road Downs," Crosby, Stills & Nash 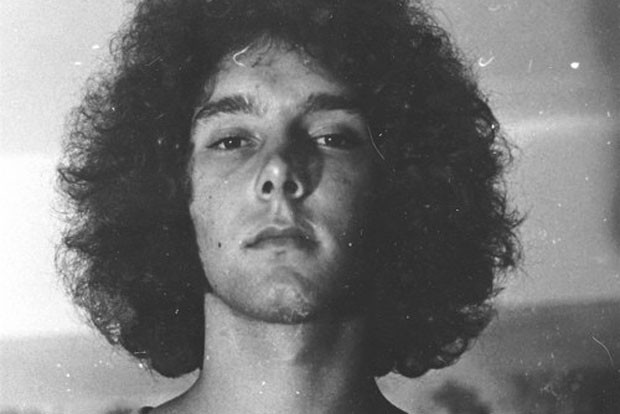 The year was 1969. Crosby, Stills & Nash were flying high on the music charts and I was a 16-year-old in a suburb north of Boston.

The band's message about "hiding the roaches" (the remains of a marijuana cigarette after most of it has been smoked) was not lost on our generation. Roaches found in cars, in the pockets of jeans and many other places were responsible for drug convictions around the country.

Declaring my hipness, I drove my father's bright yellow 1969 VW Beetle around town, blasting WBCN, which played the hard rock of Cream, Jimi Hendrix and Frank Zappa, but also reported on the assassinations of Martin Luther King, Jr. and Robert Kennedy, the Chicago riots at the Democratic convention, the Vietnam War and the raging protests in the streets. I was oblivious to the message I was sending to the local police—aka the "man" in those days.

So, of course, one afternoon the inevitable happened. While cruising down the main street in town, a cruiser came flying up behind me, lights flashing.

A bit of context is needed. My father, a WWII veteran and truck driver, was pretty progressive for the Nixon era. Having fought the Germans, purchasing a VW for commuting to his truck driving job in Boston was pretty radical.

The first thing that ran through my mind was not, "Was I speeding?" It was, "Am I carrying?" Thankfully I knew I wasn't doing either but, understanding the times, I knew that didn't matter.

Back in the day I wasn’t pulling into a retail parking lot to purchase legal weed; I was discretely meeting a friend of a friend in a park or back alley. tweet this

I was a long-haired, potentially drug-carrying suspect driving a hippie-era bright yellow VW. (In reality, I was a three-sport athlete emulating the style of the times.) Two uniformed officers came up behind my car, one on each side, and asked for the normal documents. The truly bizarre moment came when both officers stuck their heads into both windows and breathed deeply—obviously hoping for a whiff of weed.

The Coen brothers couldn't have written the scene any better.

Surprised that there was nothing obvious, one officer asked me to open the glove compartment. Search warrants be damned, they had likely cause with this hippie-looking kid.

I can't say I wasn't anxious, because I was—but I had calm assurance that I wasn't carrying anything that day.

Popping down the glove compartment door, and seeing nothing obvious, the officers were clearly disappointed. I can't remember if they even told me why I was stopped, but the message was clear: They wanted to bust me for drugs that day.

These times were clearly on my mind as I recently visited, for the first time ever, the Substance Cannabis Market on NE Empire Avenue in Bend. Grateful Dead's lyrics from "Truckin" ran through my head as I pulled into the parking lot.

"Lately it occurs to me what a loooong, strange trip it's been...."

Back in the day I wasn't pulling into a retail parking lot to purchase legal weed; I was discretely meeting a friend of a friend in a park or back alley.

The "ounces" of weed we purchased were always in rolled-up plastic baggies, not the factory-sealed shiny zippered packages that Substance displays. And THC content? We now know that to be very low compared to today's cannabis.

Stu Eliot, the very helpful budtender at Substance, explained that he asks customers what kind of experience they're looking for.

"Are you looking for a mellow high, or more intense one?"

Shoot, in the late '60s all we wanted was to get high. We had no idea where the weed was coming from, what the THC content was...and infused with CBD? WTH? New to the world of legal weed, I just had to ask Eliot if I was an anomaly—a senior who wandered into the store to impart "weed memories from the old days"?

"No sir, ("sir" is always a reinforcement that you're old) over half our customers who visit our three stores are older folks," Eliot said reassuringly.

For Americans who "became experienced" (from Jimi Hendrix's song "Are You Experienced") in the '60s and '70s, coming to grips with legal cannabis shopping can be daunting, but Substance's brochure provided some reassurance: "A community retailer that provides safe access to cannabis in a judgement-free environment."And interestingly, some things never change. Cash-only was the norm back in the '60s—and largely still is today.