What is CBG? | The Source Weekly - Bend, Oregon

As the regulations around CBD remain in flux, another cannabinoid is getting more attention

Like CBD, CBG is showing promise among researchers for its potential medical benefits. 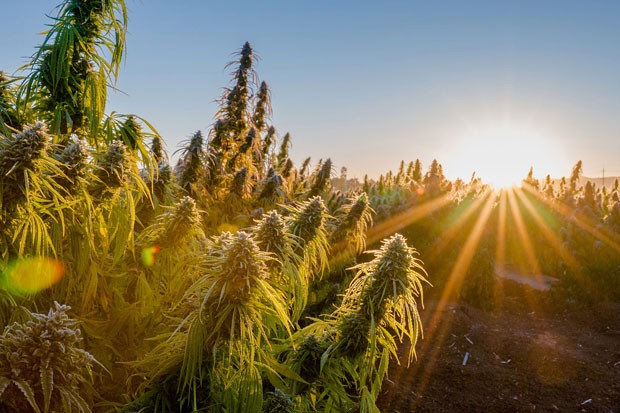 Researchers say CBG shows promise as an anti-bacterial agent, in treating glaucoma and inflammatory bowel disease, in fighting cancer and in battling Huntington's disease, as a 2017 article in Leafly reports. "Because it is non-psychotropic, CBG has a promising wide range of potential applications not only for the problems mentioned above, but also as an analgesic, therapy for psoriasis, and as an antidepressant," the cannabis-focused website states.

And perhaps the most promising part for some producers: CBG isn't hemmed in by the federal regulations and restrictions currently present for CBD.

As Vince Sliwoski, a professor of Cannabis Law and Policy at Portland's Lewis & Clark Law School explained in a January article on the Canna Law Blog, "It is illegal to add CBD to many products, in FDA's [Food and Drug Administration] view, due to the 'drug exclusion rule.' According to FDA, products containing CBD cannot be sold as dietary supplements because CBD was investigated and approved by FDA as a new drug (Epidiolex). If something is a non-exempt 'drug' it cannot be placed in the food stream under the Food Drug & Cosmetic Act."

Since CBG hasn't yet been made into a drug, it doesn't fall under the same rule, Sliwoski explained—hence one of the reasons some producers are looking at it as an alternative to CBD. That cannabinoid shows medical promise too, but is plagued by regulatory issues.

While Central Oregon's producers are largely focused on CBD, some Oregon producers have jumped on the CBG train in a big way. As reported in the Portland Business Journal in December, Hemptown USA, based in Jackson County, Oregon, produced 500 acres of CBG-dominant plants last year—accounting for about 40% of all the CBG crops grown in the U.S., according to the company.

Growing a plant to extract its CBG isn't easy. While the science gets a bit complicated, think of CBG as a "precursor"' to other cannabinoids, such as THC and CBD. Basically, CBGA, or cannabigerolic acid, gets broken down and becomes cannabinoids such as THC and CBD. That's why it's commonly known as the "mother of cannabinoids." However, getting the CBG out can require either breeding a CBG-dominant strain, and/or harvesting mass amounts of any strain of cannabis just to extract the CBG.

For that, and other reasons, some believe isolating one portion of the cannabis plant to achieve health effects isn't always the ideal. When I asked Stacie Johnson, co-owner of Blazin' Trails tours in Bend, for her take, she said, "Full spectrum cannabis products are still what health professionals agree is the most effective for whole body health and homeostasis."

While it's still relatively new on the scene and comes with a host of opinions, it's more than fair to say CBG is the "next big topic of discussion" in cannabis.