What the FDA? | The Leaflet | Bend | The Source Weekly - Bend, Oregon

The federal government legalized agricultural hemp in 2018 after its prohibition nearly 50 years earlier. Cannabis is still considered a Schedule 1 drug by the Drug Enforcement Agency along with heroin and LSD, which is defined as not having any accepted medical use and a high potential for abuse.

The conflicting legal status of hemp creates a problem for producers, who need to navigate the byzantine rules placed on them. 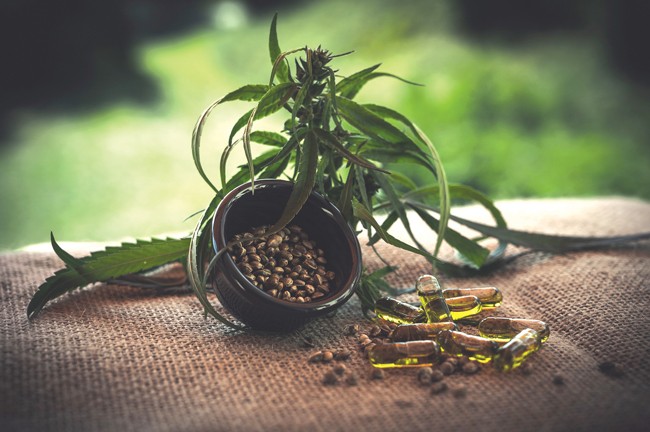 "We're constantly researching and trying to make sure that we're up to date with all of the regulations that there are from state to state, not just in the state of Oregon; we follow the Department of Agriculture's rules and regulations we'll work really close with them," said Violet Robles, co-founder of Rooted Hemp Co., a Bend-based CBD and hemp company.

Some bills have passed through the house attempting to reform how hemp is designated. In May 2021 Senators Ron Wyden, Jeff Merkley and Rand Paul proposed a bill that would make the Food and Drug Administration regulate hemp and CBD products like it would other dietary ingredients, foods and beverages.

"CBD products are legally being used and produced across the nation. Yet because the FDA has failed to update its regulations, consumers and producers remain in a regulatory gray zone," Wyden said in a press release. "It's been more than two years since I worked with colleagues to have Congress legalize hemp and hemp-derived products. It's long past time for the FDA to get with the program, for the sake of American consumers and farmers."

The FDA hasn't issued formal regulations for the CBD industry, and says it's keeping an open mind while awaiting more evidence before making a solid judgement.

"FDA recognizes the potential opportunities that cannabis or cannabis-derived compounds may offer and acknowledges the significant interest in these possibilities," the agency states on its website. "However, FDA is aware that some companies are marketing products containing cannabis and cannabis-derived compounds in ways that violate the Federal Food, Drug and Cosmetic Act (FD&C Act) and that may put the health and safety of consumers at risk."

“CBD products are legally being used and produced across the nation. Yet because the FDA has failed to update its regulations, consumers and producers remain in a regulatory gray zone.”—Ron Wyden tweet this

"They do come in and they slap people's hands, and they send cease and desist orders if someone makes any health claims," said Jack Robson, owner of High Desert Pure, a local cannabis company. "There's all these FDA requirements that you have to put on the label of each of those in order to be compliant. You have to specifically say, 'Warning, the FDA has not reviewed and approved this.'"

In November 2019 the FDA issued a warning letter to a local hemp company, Apex Superfoods, over advertising animal feed pellets as CBD products that the FDA claimed were adulterated. Apex's owner, JT Taylor, says his way of processing hemp is different from how many others in the industry do it. He cold presses hemp seed and bud to create an oil and doesn't isolate CBD like some other companies.

"Isolation itself is adulteration, and anything used with chemicals and processing agents is an adulterant. It is exactly what the FDA has licensed in the pharmaceutical company and the food world," he said. "So is it CBD oil or is it hemp oil? How do you get the cannabinoids out of the hemp without adulterating it? It's a natural compound found in hemp."

Taylor avoided any enforcement actions from the FDA, which range from seizure of property to criminal prosecution, by changing labeling and removing claims of CBD's benefits in social media posts. After corresponding with FDA agents, Taylor sought to become GRAS (Generally Recognized as Safe) certified, but the barriers aren't scalable for someone without a massive amount of capital.

"It's extensive. You've got to do case studies. It's hundreds of thousands of dollars to get anything passed through them. And if you don't have that threshold of income, then you're not going to be able to compete with the big boys," Taylor said.

It's also annoying to producers that they're barred from making claims of therapeutic benefit when it's both the main appeal of their product and there's a growing amount of research supporting some health benefits to taking CBD. The National Academies of Science, Engineering and Medicine reported that cannabis or cannabinoids can significantly reduce chronic pain symptoms and reduce chemotherapy-induced nausea, reduce multiple sclerosis-related spasticity. A study out of Oregon State University found hemp compounds can block COVID-19 from causing an infection. Most recently, a study out of Kansas State University found hemp decreased stress in cows.

"Most people simply at that point just go remove those claims even though the claims are valid, and this even extends to customer testimonials," Robson said.