What To (Maybe) Look Forward to in 2021 | Sound Stories & Interviews | Bend | The Source Weekly - Bend, Oregon

January 06, 2021
1 comment
It’s probably fair to say we’re all prettttty stoked that 2020 is over. The beginning of the new year gives the music industry and local scenes some hope that things might improve in 2021. Fingers crossed that ends up being just the case. 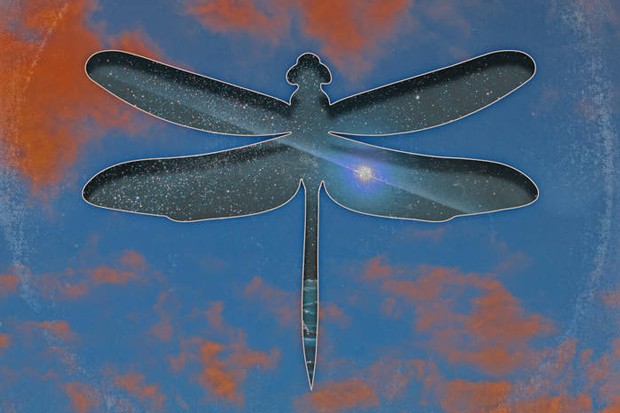 To celebrate in that newfound hope, here’s a list of items that I pray can come true for all of us music fans in Central Oregon.

In 2018, The Roof Rabbits burst onto the scene with the debut album, “Creature Comforts,” an album definitely still worth listening to almost three years later. In 2020, the band released “Arizona,” a four-track EP of songs that was just featured on our Best of the Year list. Both projects are so good that I’m not sure how long I can wait for a new album. But as it currently sounds, we might be getting one in 2021. According to an email from the band, the trio of Johnny Bourbon, Sam Fisher and Sean Garvin mentioned that they were taking this winter to work on some new material, stating that, “there are two songs ready to go onto an album as we speak.” So things are looking up on this front.

This one is more of a goal than an event, but it still contributes to the local scene. In 2020 we sadly saw the closure of Recycle Music’s Bond Street location in Bend. However, the beloved shop still has a ton of offerings on its eBay store, where you can find gems both new and old that I highly recommend checking out. They even still have record players for sale! Over on Oregon Avenue at Smith Rock Records (formerly Ranch Records), new owner Patrick Smith is working on expanding the shop’s collection of vinyl and installing new shelves to better sort inventory around the store and make room for all the new additions. In 2021 I’ll be making it a goal to buy more records, CDs and tapes from these establishments, as it’s a great way to support local business and find music from local artists and bands. But warning for those new to the vinyl game: this is one hobby that may get addicting.

Fresh off a busy 2020, where Marshall spent plenty of time playing shows at breweries and other outdoor spots, working with the High Desert Music Collective and releasing a handful of solo-singles, it would only seem right that Marshall goes all out with an album this year. His most recent single, “Dragonfly,” was a gift to us as we entered into the new year and it’s absolutely beautiful. The inspiration for the song came from the passing of one of Marshall’s late friends and is filled with emotion. It’s moving, graceful and the vocals sound brilliant. Now this is only speculation, but after years of witnessing his talents in Larry and His Flask and Guardian of the Underdog, I hope we get a full-length solo effort from Marshall. He put out some of the best music in C.O. last year and I would expect nothing less coming into the new year.


Will Concerts Be Back?

This seems obvious, but it’s something deeply missed from the normal Central Oregon routine. If the spread of COVID sees a significant decrease and our beloved venues can open their doors in some capacity again, I’d gladly pay double to get my concert fix. It doesn’t matter if I have to sit farther back from the stage, stay in my own pod outside or stay seated in a car. Any type of concert at this point would feel so good. Maybe (just maybe) we’ll get to enjoy a show at Les Schwab following the amphitheater’s stage updates this summer. Maybe we’ll get to have a touring act take over the Volcanic stage for an epic performance. Who knows? But if things clear up, and it’s safe to do so, attending a concert would be a big thing to accomplish this year. Even if it’s just one show, I’ll take it.