When It Snows Big, Here's Where to Avoid Parking

November 28, 2018
comment
The big snow storms some called "Snowmaggedon" two years ago brought to light a problem with parked cars. Some streets were just so narrow that with heavy snow, the streets became difficult to navigate for two-way traffic. Because of that, the City of Bend began looking at the streets that were causing the most headaches during snowy times.

Since last year was a mild winter, the City didn't have to declare any snow emergencies—but the pilot program is still in place in case there's another big snowstorm going forward. Before any big flakes fly, the City wants to remind drivers where those streets are so they can be prepared to avoid parking there after a big snowstorm. 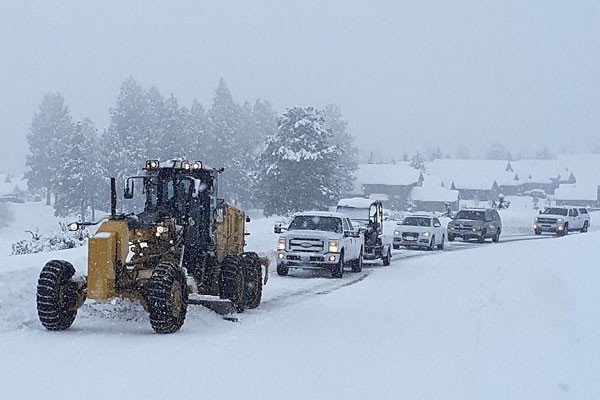 If there's a big snowstorm this year, avoid parking on these streets:

Here's how it works: When the Bend City Manager declares a “snow emergency,” there will be a 12-hour period of time when parking won’t be allowed on snow emergency streets, allowing for complete plowing of the street from curb to curb. Once a street has been plowed completely, people can return to the street and park their cars during the snow emergency.

City officials say they don't intend to tow cars, but if crews have to tow to create safe streets, it will be at no cost to the car’s owner and relocation areas will be identified.

“Do you neighbors a favor—don’t get plowed around,” David Abbas, City of Bend streets and operations department director said in a press release. “Plowing around parked cars can end up leaving a berm that would be difficult for a person with a shovel to remove.”