Where Can You Watch Movies? | Film | Bend | The Source Weekly - Bend, Oregon

Where Can You Watch Movies?

Phase Two is officially in effect, but that doesn't mean every theater is open

June 09, 2020
comment
The smell of popcorn and a giant soda in hand seems like a piece of nostalgia from long ago. And even as Deschutes County enters into Phase Two reopening guidelines, which gives theaters the green light, there are still obstacles preventing all of the theaters in the area from opening.

One, obviously, is space. Making sure people are properly spaced out in a theater could limit seating, thus limiting the tickets sold. The other issue is the film industry as a whole. Are major studios ready to distribute their movies as planned? Or will they push them back for bigger sales when things are more comfortable?

This could mean theaters will rely on classic films or even independent releases, which also might not be happening as frequently during the pandemic. 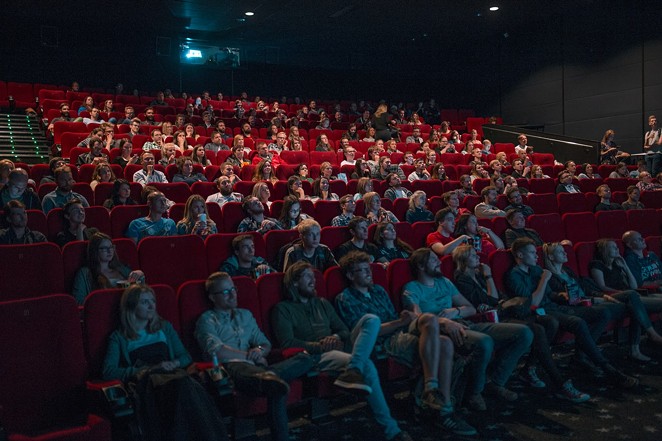 Here's a look at some of the theaters across Central Oregon and where they stand right now in Phase Two:

According to a report from KTVZ, the vice president of communications at Regal said in a statement that Regal Cinemas will remain closed across the country until further notice. The reasoning behind the continued closure is due to social distancing guidelines and the question of whether studios will even be releasing films.

In Redmond, the Odem Theater Pub is open seven days a week and is offering $6 tickets throughout the month of June. They're even showing some old favorites like "Jurassic Park" and "Back to the Future" to make up for the lack of  new releases.

In a statement from co-owners Drew Kaza and Yee Cheng on Facebook, the Sisters Movie House announced it would be eyeing a return in early July to go with the release of the newest Christopher Nolan film, "Tenet," and the formerly postponed live-action remake of "Mulan" from Disney. There's still a chance these movies may get pushed back.

"The other piece of the puzzle for us is new movies. Unlike some of our competitors, we have no intention of selling 'day old bread at cake prices' and the lack of new releases is currently the biggest barrier for our plans to re-open. While a handful of classic or under-released titles might figure into our schedule at the outset, Sisters Movie House was, is and always will be the premiere venue in central Oregon to see the best of the new movies on release, be it a critically acclaimed indie title or the latest major studio blockbuster."

McMenamins announced Tuesday that its theater will be back starting June 12. First up in the theater's rotation is the recently released "Sonic the Hedgehog" and the always classic "Grease."

In a Facebook statement from management on May 27, the Redmond Cinema announced it will keep its doors closed until further notice.

"While we have every intent of reopening, and like other small businesses are eager to, we also need to do it in a safe and mindful way. At this time, our plan is for early summer but that is very dependent on how things evolve and what is allowable."

Now open with $5 tickets for all movie times until further notice. Madras is currently showing "Sonic the Hedgehog," "The Wretched" and "Indiana Jones: Raiders of the Lost Ark" until June 11. Masks aren't required, but the theater's website encourages guests to wear one in the lobby or when near other moviegoers. The theater is also required to keep an attendance record of who enters and will have a sign in sheet for guests upon entry.

The Pine Theater in Prineville is also open for business with $5 showings for everybody at anytime. This weekend you can see "Ferris Bueller's Day Off" or "Planes, Trains and Automobiles" from June 12 until June 15.

The doors to inside might be closed, but the Tin Pan is still showing films online! Right now you can find a variety of rentals or films available for purchase, including "Spaceship Earth," "Clementine," "I AM NOT YOUR NEGRO," "Shirley," and many more. It's basically an extra streaming service without the monthly fee.