Bend pianist/composer Julie Hanney has been involved with music for decades, doing everything from being a piano teacher to being a published composer and professional musician who just released her third solo piano album. The album, titled "Where the Ocean Meets the Sky," is made of 14 softly crafted piano songs that really capture a moment of peace—an offering Hanney thought would be beneficial not only to her, but others throughout the past trying year. 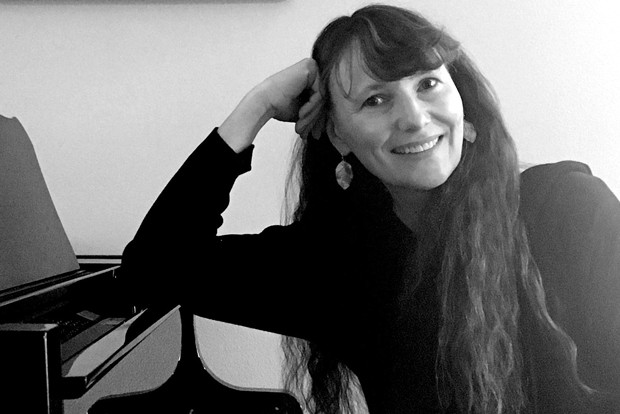 "Where the Ocean Meets the Sky" is a dedication to Hanney's late mother, who passed away in 2020. Hanney says the feeling of peace and relation to the ocean was inspired by her mom, for whom she originally wrote a memorial poem which would eventually share the same name as this album.

Source Weekly: How long were you working on making the album and what is your process like when working on a new song?

Julie Hanney: I spent most of 2020 working on this album. Once COVID happened and my work rhythm switched to being at home nearly 24/7, I was able to spend more time writing, refining and recording. For me, every song I write has a unique creation process. Sometimes I will be journaling and a melody will pop in my head and I have to go to the piano to figure out what I heard. Other times I will just be noodling around on the piano and two chords will suddenly sound really good together, and then that leads to a melody, and then a whole song just flows from there. Sometimes I just have a snippet of an idea that I record on my phone and then I refine it into something later. Occasionally in the middle of the night I will "hear" something in my mind and have to get out of bed to write it down.

SW: When incorporating the theme of the ocean into the album, what were some things you focused on when playing? When I listen I really get this overwhelming sense of peace, almost like calm waters across the horizon.

JH: Wow, thank you for saying that. I definitely thought about the peace that I feel when I'm walking on the beach. There is such a unique, peaceful and yet powerful energy there with the rolling surf, the ever-changing tides and the way the sun hits the water. And of course, where the ocean meets the sky. That beautiful, spacious horizon is breathtaking.

SW: With the album being dedicated to your mother, do you feel a special connection to this project in ways you haven't before?

JH: I definitely do. My mom passed away in January of 2020 and she loved the ocean and lived by it for many years later in her life. When she passed away my siblings and I all recalled how important the ocean was to her. For her memorial service I wrote a poem called "Where the Ocean Meets the Sky" that is about how she continues to live in the great beyond. I then wrote several of the songs on this album with her in mind. It was definitely part of my grieving and healing process. And 2020 was a year of loss and change for so many people, it felt like I was writing this album for everyone who needed a bit of peace and healing.