A moratorium on new marijuana facilities made Deschutes County unable to collect its share of taxes. A new bill could change that.

A bill that would bring back taxes gathered from marijuana sales in Deschutes County has passed the Oregon state house and is awaiting a vote from the Senate. The County voided its ability to collect 10% of the taxes levied on marijuana sales when commissioners placed a moratorium on permitting new marijuana production facilities in August of 2019—a decision voters made permanent with a ballot measure in November 2020.

The county-level taxes were spent on drug prevention programs and toward investigating illegal growing operations. When the County was first collecting taxes it received between $4-$500,000 a year, but after Oregon Measure 110, the bill that decriminalized most recreational drug use in the state and redirected marijuana taxes to fund statewide addiction treatment programs, the county would receive around $200,000 annually. 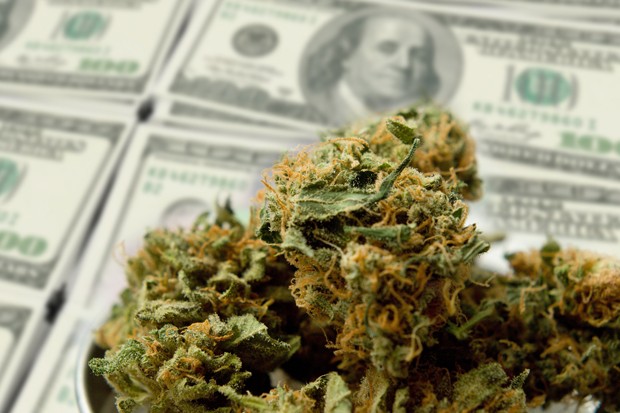 The bill, HB 3295, was sponsored by Representatives Jason Kropf of Bend and Jack Zika of Redmond. Neither were in the House during the passage of marijuana legalization and taxation guidelines, but Kropf said the issue of a county opting out simply wasn't explored.

Related Passing on the Grass?: Deschutes County commissioners finalize marijuana opt-out measure to put it on the November ballot

Passing on the Grass?
Deschutes County commissioners finalize marijuana opt-out measure to put it on the November ballot
By Cayla Clark
Smoke Signals

"Nobody had at the time of the original bill, or in the original legislature, anticipated what would happen," Kropf told the Source. "This was sort of anticipated as you'd have county either fully in or fully out, and then what happened to Deschutes County just hadn't been contemplated."

Deschutes opted out of new marijuana facilities in large part due to conflict between cannabis farmers and their neighbors, commissioners said at the time. The County's first moratorium was lifted after it placed some regulations on growing cannabis to ease the tension between these two groups, establishing smell mitigation, required setbacks for greenhouses from property lines and distance requirements from "youth activity centers."

"We put reasonable regulations in place, and we said we'll re-review it a year later, and sure enough, those regulations couldn't even get settled in because they started to get appealed," DeBone said. "There was a point where we're like, 'OK, well, this isn't working, how about we ask the people to give us clarity?"

When the ballot measure passed it froze the number of county active marijuana processors in time, not allowing any new permits to be awarded, though a few facilities were approved by the county before the moratorium and are still seeking state permits. Currently Deschutes County has fewer than 20 marijuana processing facilities on land under the jurisdiction of the county. If the bill is passed by the Senate and signed by the governor it would get the county back to receiving its funds, but would require the creation of an advisory committee made of stakeholders in the marijuana industry.

"The bill says the advisory committee shall give guidance to the commission about finding out how these dollars should be spent is my understanding," DeBone said.

The group would also make recommendations on public safety measures related to marijuana and on how to solve issues that apply to marijuana businesses. Deschutes County Commissioner Patty Adair said the group could be valuable in coordinating things like irrigation, especially those in irrigation districts that will struggle to meet demand like Tumalo and North Unit.

"With wells going down and the Tumalo area, their water is on rationing seven days on seven days off, I've heard from some hay ranchers that that are having a hard time. So you know, all those things, I'm sure could come up," Adair said.

The clock is ticking on this legislative session and as of press time, there's one week until legislators adjourn.

"We're on a time crunch. We basically only have a week left this session, so part of the reality is if we have enough time to get this passed, that's what I'm working through," Kropf said. "If not this session, I'll continue to push on it. We have a robust cannabis industry here in this county and I think it's appropriate that we have a share of the revenue that we helped generate for the state."

If not approved in time the bill would have to wait until the next legislative session in February 2022 before it would have the possibility of becoming a reality.

Related From Vapegate to LUBA: 2019 wasn't short on marijuana drama