News and trends in local whiskey

It's dark and broody—just like the nation's current mood. If there was any time better than the middle of winter to revel in the craft of whiskey, we don't know when it is. After the year we've had, it's no surprise that consumption of alcoholic spirits is up in every category. And this year, consumers are looking to up their game in the spirits department. 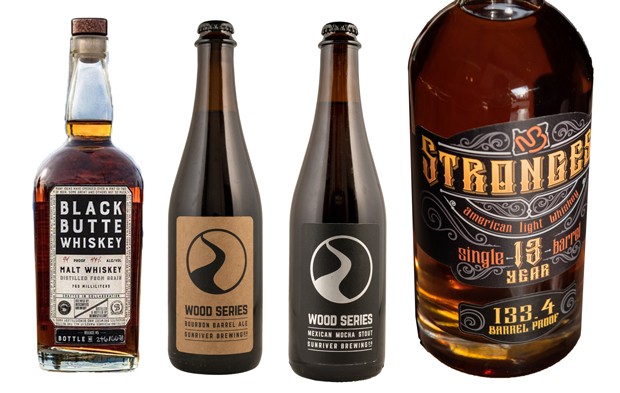 "After a year of difficulties and robbed experiences, consumers are more likely than ever to indulge in premium spirits," says Moonshine University, an "educational distillery" in Louisville, Kentucky. "In 2021, consumers will also trend beyond small batch or single barrel releases and begin to take up more interest in experimental expressions of premium positioned products— think "grain-to-glass," creative secondary maturations, innovative mash bills, unique blends and the like," Moonshine University shared in a recent release.

In the local arena, whiskey makers have a few items of note.

-New Basin Distilling Company in Madras recently won awards in Sip Magazine's Best of the Northwest spirits competition. New Basin also took home a Platinum award for its Strongest American Light Whiskey, and a Double Gold for its First Cut Vodka. The competition is blind-tasted by a panel of judges and industry pros in the Northwest.

Named after one of "Oregon's first Eastern settlers and explorers, Jedediah Strong Smith," Strongest is 133.4 proof and aged 13 years. First Cut, meanwhile, named after a "ranch hand term used to retrieve the best animal out of the herd," is an 80-proof corn-based spirit that is charcoal filtered at least 10 times.

-Crater Lake Spirits has once again teamed up with Deschutes Brewery to issue its Black Butte Whiskey. Aged five years in char American oak barrels, the 94-proof malt whiskey offers flavors of malted vanilla along with chocolate notes of Black Butte Porter—one of Deschutes' most enduring beers. It's available only at the Crater Lake tasting rooms, including downtown Bend and Tumalo.

-Sunriver Brewing is now offering barrel-aged beers. Available in 500-ml bottles, the "Wild Series" will feature "bottle conditioned beers influenced by Brettanomyces, mixed culture bacteria and spontaneous fermentations," according to the company, while the "Wood Series" features bold beers conditioned in a variety of barrels.

The first two beers, released at the start of the year, include two Wood Series beers: the 12.8% ABV Bourbon Barrel Ale, aged for 12 months in Kentucky bourbon barrels, and the 11.5% ABV Mocha Stout, an imperial stout crafted to evoke the taste of a Mexican mocha. Future Wood Series releases will include a Hawaiian Imperial Stout and a Belgian Quad with Cherries, both set to release in February. A Wild Series release will come in the spring, with a Dry Hopped Brett Saison.